After two sold out shows in The Limelight, Elliot Minor return to Belfast on Sunday 18th May for an all ages show in Queens Universityâ€™s Mandela Hall. With four hit singles under their belt, York quintet Elliot Minor have quietly infiltrated the charts and are poised to crash into the mainstream in a major fashion.


Recently praised by Kerrang!, the band have already charted with their debut â€˜Parallel Worldsâ€™ and the Top 20 follow-up â€˜Jessicaâ€™ and the latest hit â€œThe White One is Evilâ€™. â€˜Still Figuring Outâ€™ can currently be heard on Radio 1, Kerrang and Virgin Extreme and can be seen on Kerrang, MTV, The Box and The Hits. Itâ€™s evident that Elliot Minor are the biggest best kept secret. 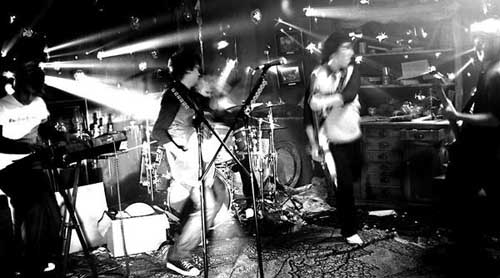 Musically, Elliot Minor mix influences ranging from the piano-infused hard rock of â€˜Time After Timeâ€™ to the sonically charged â€˜Parallel Worldsâ€™, which is embellished with grandiose orchestration. They deliver pitch perfect three-way vocal harmonies on the infectious â€˜The White One is Evilâ€™ and add an undertone of ultra-melodic punk to â€˜Still Figuring It Outâ€™. In the live arena, Elliot Minor perform with an accomplishment that belies their youth.

Davies provides the central thrust of the bandâ€™s creativity. A classically trained musician gifted with an innate gift for melody and an ability to turn his skills to whatever instrument he picks up, Alex is the sort of the person for whom music is a life-affirming necessity rather than a mere interest. A highly prolific writer, he has a unique take on life that makes him a fascinating personality and a thoroughly engaging front man. Always eager to express his musicianship in new and creative ways, Alex has the talent to ensure that thereâ€™s so much more to come in the future. 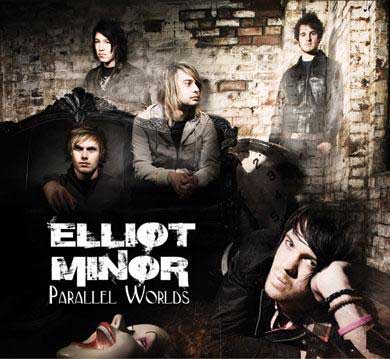 Like Alex, the other four members of Elliot Minor are also from classically trained backgrounds. The bandâ€™s roots were cemented when Ed Minton introduced his friend Alex, then obsessed with classical music and playing the organ, to the world of rock and riffs. Green Day, Blink 182, Goldfinger and The Ataris all became particular favourites as the duo started writing songs together. But it wasnâ€™t until 2005 that Elliot Minor became a concrete proposition when a chance meeting united them with drummer Dan Hetherton. The line-up was soon solidified with the addition of Danâ€™s brother Teddy on bass and Alexâ€™s childhood friend Ali Paul on keyboards.

Elliot Minorâ€™s potential was soon recognised and the band departed for the sunnier climates of Los Angeles for three months to record their debut album with producer Jim Wirt ( Incubus, Hoobastank, Something Corporate ) and later mixed by Neal Avron ( Yellowcard, New Found Glory, Fall Out Boy ). It was here that Alexâ€™s varied musical talents came to the fore. Aside from being the bandâ€™s creative force and main songwriter, he utilised his classical background to write all of the albumâ€™s orchestral arrangements with strings, flutes, organs, synths and choirs all developed by his skills of composition. Alex and Teddy contributed violin and cello to the recording sessions and also called upon the expertise of Eric Rigler, whose ulian pipes graced the scores to Braveheart and Titanic. Elliot Minorâ€™s sound grew cinematic and ever more adventurous as a result.

Elliot Minor have since hit the road in relentless fashion, having headlined countless gigs the length and breadth of the UK and in Ireland. Itâ€™s a beneficial strategy as every tour sees the venues becoming bigger, the fans ever more devoted and the reaction all the more frenzied. Their debut album is set for release in late July and if their gigs are anything to go by will sell hard and fast.
myspace.com/elliotminor