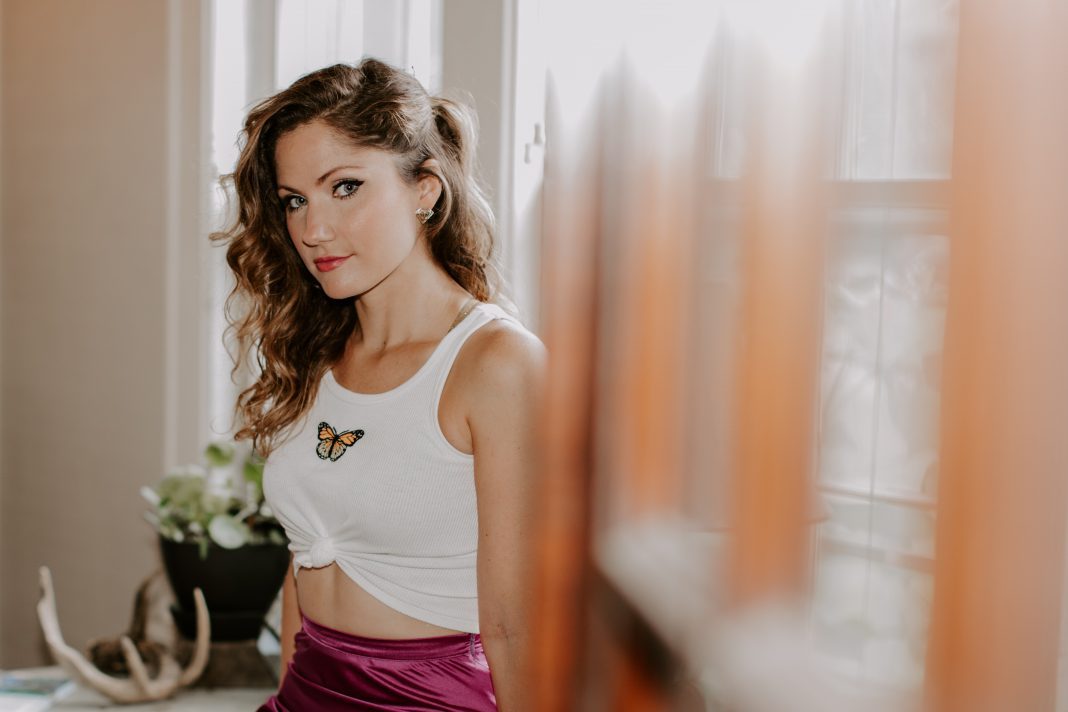 After first gaining attention for having many of her songs appear on high-profile TV shows such as ABC’s Grey’s Anatomy, Freeform’s The Bold Type, and  MTV’s Siesta Key, the gifted singer and songwriter Elise Hayes has since seen her career go from strength to strength. Recently appearing as a backing singer and keyboardist for country star Carly Pearce, she has also opened up for the likes of Blake Shelton, Luke Bryan and Thomas Rhett in recent years.

So with her latest single New York City currently whipping itself around the streaming platforms, we thought we’d take the chance to find out more about the growing artist, as well as who has inspired her and what plans she has for the rest of the year.

Hey!! Ah you know, it’s Monday – a new week, just organizing things and getting ready for a week of music making and things.

Tell us everything we should know about your new track / video.

My new song is called New York City — My husband and I are both touring musicians and we spend a lot of time apart. I wrote the song after he called me up from a city and asked me to meet him there on a day off. I wanted to, but I also didn’t want to come off as if I “needed” him – I pride myself on being independent and can be a bit stubborn in that way sometimes!! So, I initially said no — and then almost immediately called him back and had him book me a ticket, ha. I think the overall thing being that missing somebody can make you so vulnerable, and can make you do things that are far outside of your comfort zone. The video is a dreamy montage of a day in New York City, and it’s almost as if the camera is my date. I wanted it to capture that romantic element, with some fun and lightness mixed in there.

Um, Beyonce forever!! Seriously. But also, I grew up listening to Motown/R&B and absolutely idolize Gladys Knight, Aretha Franklin, Stevie Wonder, Ray Charles…all of the greats of that era. James Taylor and Joni Mitchell were also a large part of my musical fabric – my dad was playing those artists constantly when I was very young. So all of those.

I have been beyond obsessed with so many incredible albums this year: Emily King, Maggie Rogers, Lennon Stella, Julia Michaels, and also a lot of local Nashville artists that I love.

I think I enjoy mixing up feminine styles with sort of androgynous pieces – I love blazers and jackets mixed with bright pinks and blues – I love mixing things like that.

I have some more music to release! After that, I am going to be taking some of November and December to record more stuff that I have written the past few months!

I’m so excited to open for this amazing Nashville artist named Lowen on Oct. 26th at Analog in Nashville. You should definitely come – I’m playing with my favourite setup, will be debuting new songs – and I really feel that live performance is the way I connect with people best. Can’t wait to see you.

Elise Hayes’ new single New York City is available to stream and download now. Have a listen to it below.