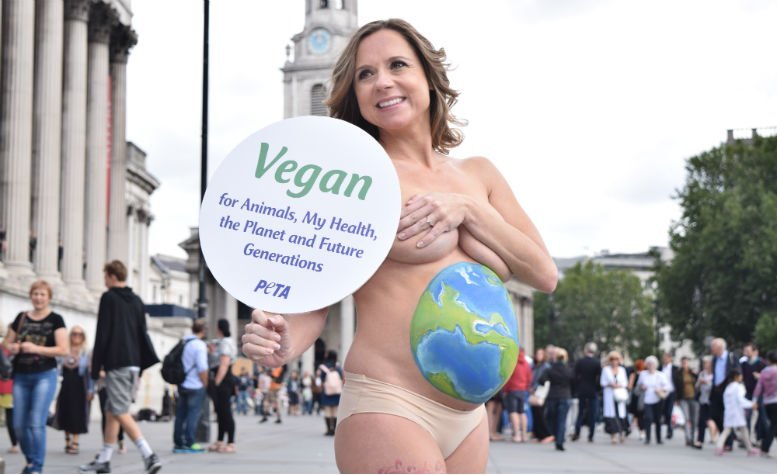 Former ‘CBeebies’ host and PETA supporter Sarah-Jane Honeywell, turned up in London’s Trafalgar Square wearing little more than the body paint that turned her baby bump into a globe, stating that: “Vegan – for Animals, My Health, the Planet and Future Generations.”

​”I’m vegan because I want to tread lightly on this Earth so that others – hopefully, my son’s own son or daughter – will be able to enjoy it, too”, says the mother-to-be. “I also want to be healthy, strong and energetic for my son, and I can do that simply by choosing plant-based meals.” 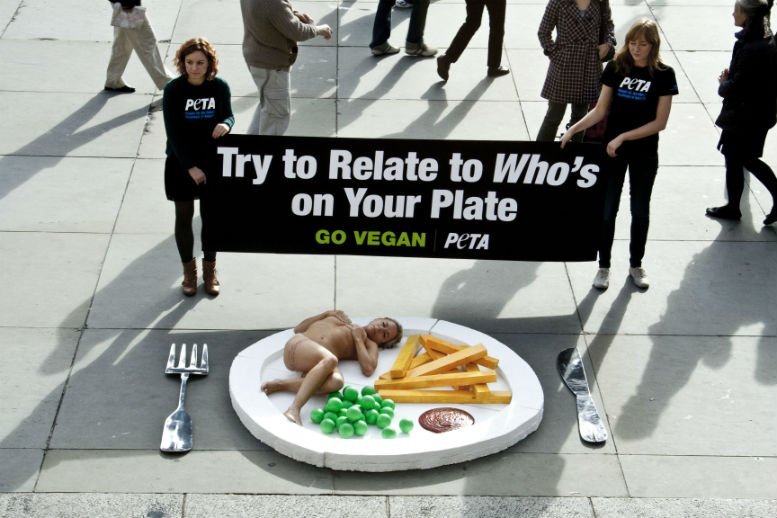 In 2011 Sarah-Jane teamed up with PETA for the campaign called “animals are not ours to eat”, by laying nude on a giant plate ahead of World Vegan Day to ask passers-by to relate to who’s on their plate.