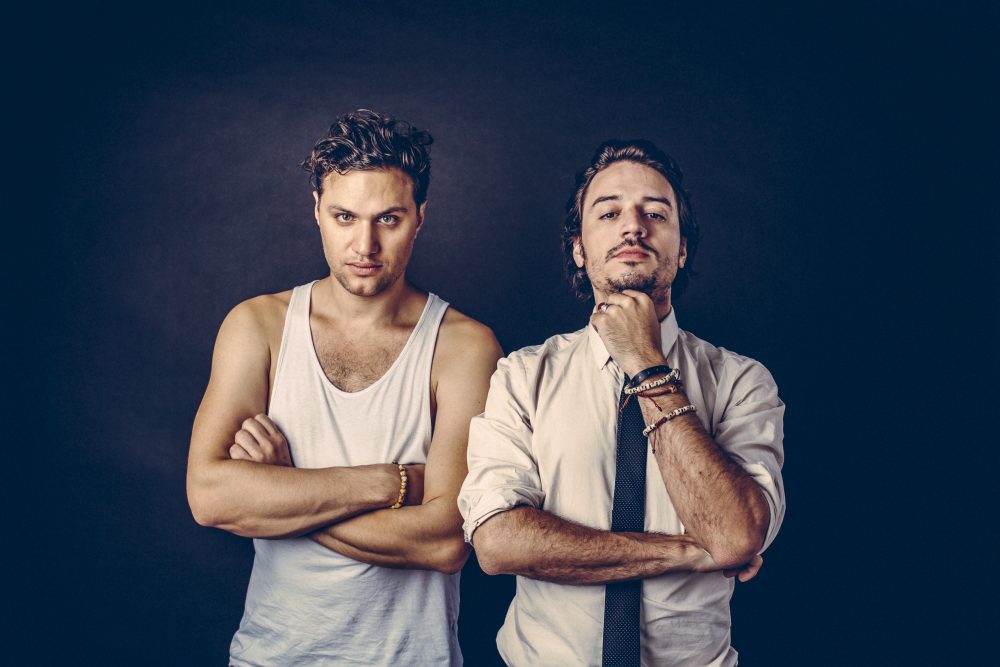 Ever since we first heard ‘Flake’, the first single from Zürich duo Egopusher – Tobias Presig (violin, bass synth) and Alessandro Giannelli (drums and synths) – we’ve been rubbing our little red mittens in anticipation of their forthcoming full length. Not only do these guys write beautiful neo-classically infused, soundtrack-like, electronica anthems – they can actually play these songs live and almost exactly the way you hear them on the record (playing drums, violin and a couple synths just between the two of them)! Go check out some of their live videos on YouTube! And prepare to get your minds blown…

We talked to Tobias Preisig about their debut full length record, ‘Blood Red’, which will drop October 13th.

What do you think of the state of Electronica these days? What do you love and loathe about what’s going on…

When I moved to Berlin I was impressed by the openness of electronic music. These people are experimenting, they don’t have technical boundaries. The computer and the machines opened a completely new field for me. I’m a classically trained violin player, and so far I was occupied by playing scales in tune and mastering my “bow-hand.” This music opened up a new universe for me.

We both played in Dieter Meier’s Band (singer of YELLO) and spent a lot of time driving to concerts together and listening to a lot of music in Tobias’ vintage BMW. With this came the urge to go to the rehearsal space and just improvise together and see what happens, when drums and a violin hit each other musically. The first concert opportunity, at an Art-Offspace in Zurich, forced us to put these improvisations into a form. So our first songs were born.

What was the process of writing ‘Flake’ and the forthcoming LP like?

This is actually one of these lucky shots. I recorded the melody and the harmony in a completely different way before going to the studio. It was n elegic, out of grid, experimental thing. One day before the recording session we met at our rehearsal space, and Alessandro came up with the idea of underlaying it with this straight and almost monotonous rhythm and a synth arpeggio. Our producer kicked all the plans we had for the next day, and we recorded and finished Flake in one day. Everything was clear from the beginning on, and the ideas for sounds and aesthetics came out naturally. The song has this beautiful elegance of a floating Flake in the wind, letting itself get carried away when the wind comes. 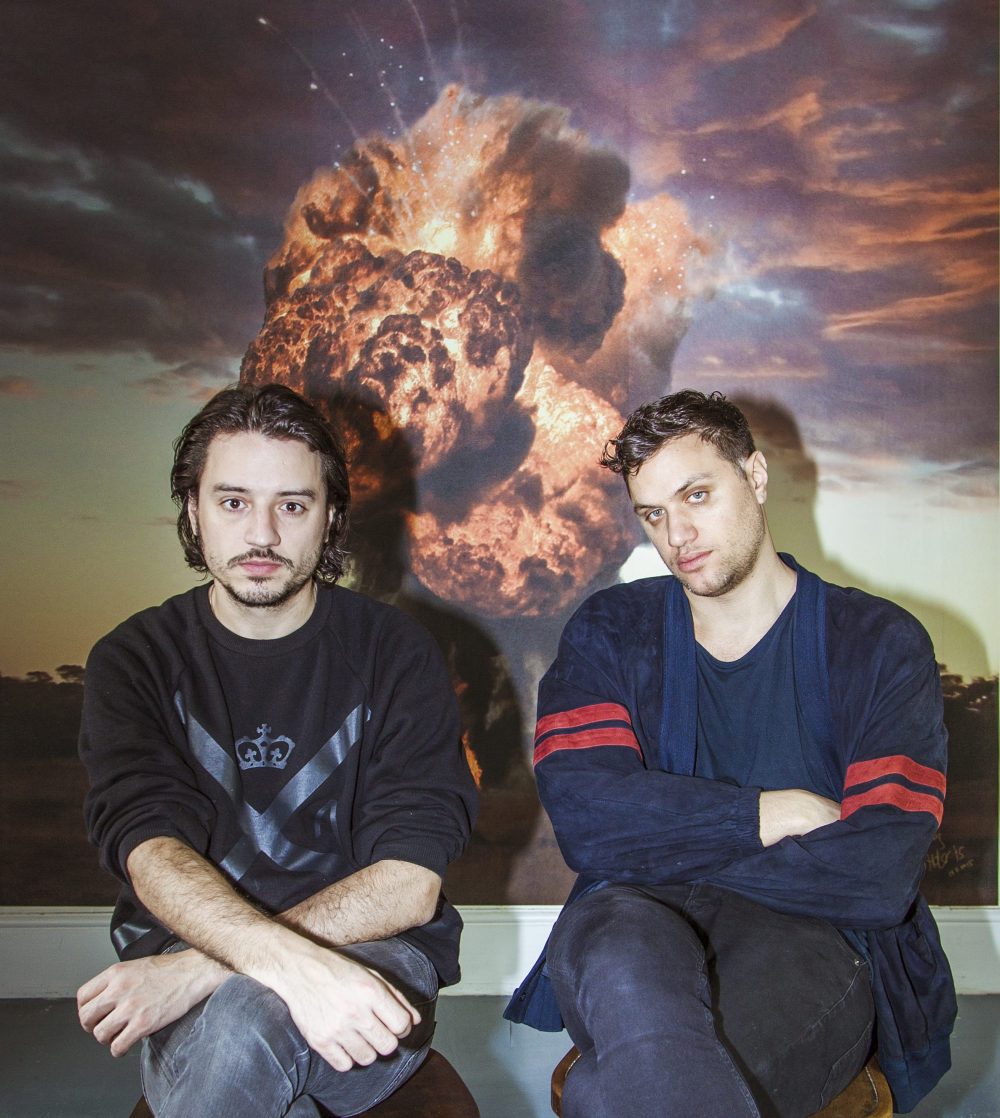 Is it hard to work while living in two different cities (Tobias lives in Berlin and Alessandro in Zürich)?

The contrary happened here. It made us think and work differently. We both produced in our own places and shared it on the internet. This process was very new for us and made us explore new sounds and new musical worlds. The possibilities grew actually.

Are you guys thinking about bridging this gap and having one of you move?

We are constantly on tour and we meet specifically for rehearsals or studio sessions. So it’s not necessary to change this at the moment.

In a month or so your debut LP entitled Blood Red will be dropping – what are we in for?

We worked on it for almost 2 years and we are happy to share it finally. It has wondering, haunting, sometimes melancholic, but also dance-y and uplifting moments. Put on your headphones and go for a walk in your neighbourhood. Maybe you will look at your familiar surroundings in a different way.

And in closing can you tell me where the name Egopusher comes from?

In the beginning we used to improvise a lot in the rehearsal space and recorded everything on our cell phones. One morning, Alessandro sent me a snippet from a magic moment with the comment “here, an Egopusher for you“. It had this certain feeling of having no boundaries, no limits and the name stayed and became a part of this feeling.