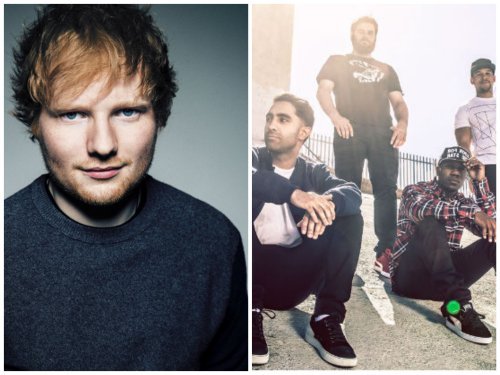 The cinematic video, to accompany the track, directed by Ed’s long-time collaborator Emil Nava, features Goodfellas star Ray Liotta, living a lonely and lonely life as an ageing rock star. His life of excess has taken its toll and his world is slowly falling apart…

Speaking about the exciting collaboration with Hackney four-piece, Rudimental, the Pop-Megastar says: “’Bloodstream’ is one of my favourites to play live as it always gets the crowd going. Rudimental and I wrote the track in June last year. It was brilliant to get back in the studio with them – they’re such a laugh and I’m sure their new album is going to be huge.”

Ed will play three sold-out shows at Wembley Stadium on the 10th, 11th and 12th of July. Rudimental are working on their new album.