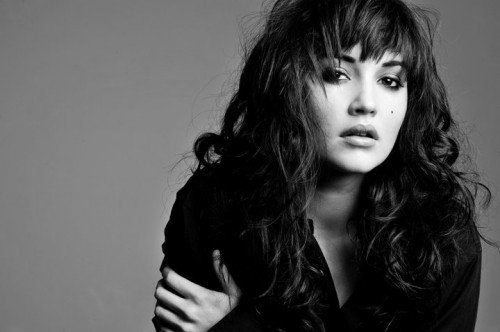 Eastenders actress Jacqueline Jossa who plays the feisty Lauren Branning talks to TV Buzz Magazine from The SUN, about her rise to fame and relationship with fellow EastEnders actor Tony Discipline. 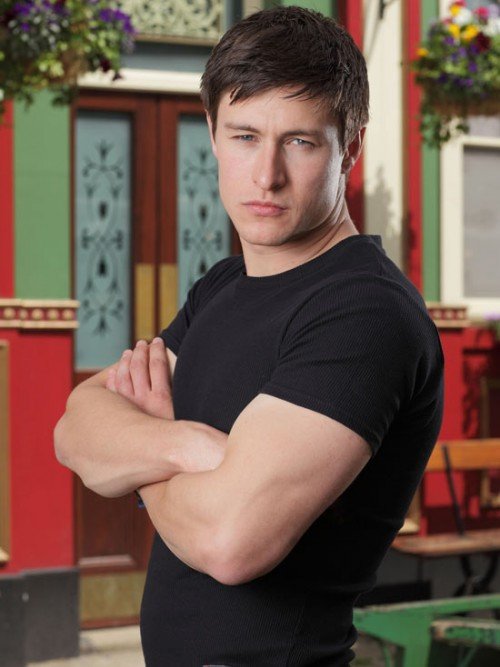 A few years ago, Lauren Branning left Walford for three months after revealing her father’s affair with Stacey Slater. When Lauren returned to Walford, the actress playing the character had changed – to Jacqueline Jossa. 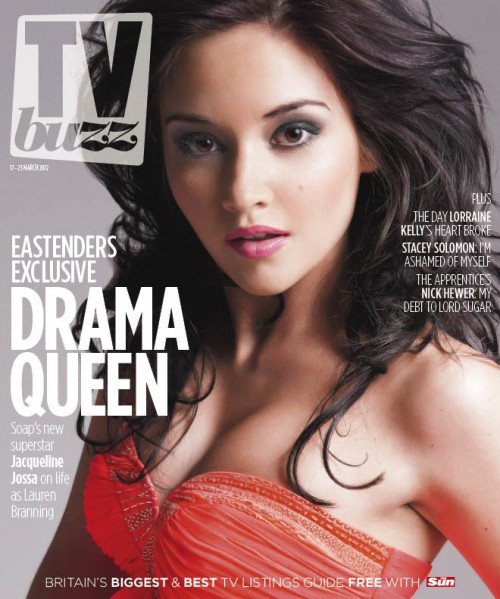 Jacqueline reveals her journey to TV buzz: “I’d watched EastEnders for eight years. When Lauren went to America I thought: ‘That’s a shame.’ Then I went for an audition and came back as her. At first I was like: ‘No!’ as I was worried it would be really hard.”

And it was! “People told me not to look on any soap forums,” says Jacqueline. “But I did and there were posts like: ‘We hate the new Lauren. She should die.’ That made me cry. But I got over it.”

Jacqueline explains she was concerned about how the other actors would take to her, “I nearly died when I first met Jake,” she says.

“They told me he was going to show me around. I was so scared and thought: ‘He’s going to hate me because I’m not his real daughter.’ But he’s the funniest man ever!”

She admits it took a while to get used to working alongside her idols, “I remember the turning point,” she says.

“I was doing a scene with Lacey Turner [Stacey] and was so star-struck I couldn’t remember my lines. After that I thought: ‘Get over it.’ But you have to bear in mind that I’d never done any professional acting before. Not even an advert. I’d been in one play at school, but that was it.”

The beauty reveals to TV buzz how she first met her boyfriend, actor Tony Discipline, “It was at my favourite night club,” she explains.

“Tony came up and said he was auditioning for EastEnders. I didn’t believe him, though when I walked back to my mates I was like: ‘Did you see his teeth?! He’s well fit!’”

She adds: “But I left it. I didn’t think he was going to join EastEnders. He even added me on Facebook and I deleted him!”

She goes on: “Then a couple of months later I came into work and there he was. I called my cousin and said: ‘Do you remember Fit Boy? He is in. The. Building.’”

The actress reveals to TV buzz: “We didn’t get together for ages as we thought it’d be weird on set, but it got to the point where there was no other option,” she says.

“We kept it a secret at first, but everyone was like: ‘Oh, we knew.’” She adds: “Tony is very romantic – he got me a teddy bear for our two-week anniversary. But we’re not cheesy, we find the same things funny and that’s important.”

Jacqueline won Best Newcomer at the National Television Awards earlier this year and has been nominated for Sexiest Female at the British Soap Awards next month. “I don’t remember much about the NTA,” says the actress. 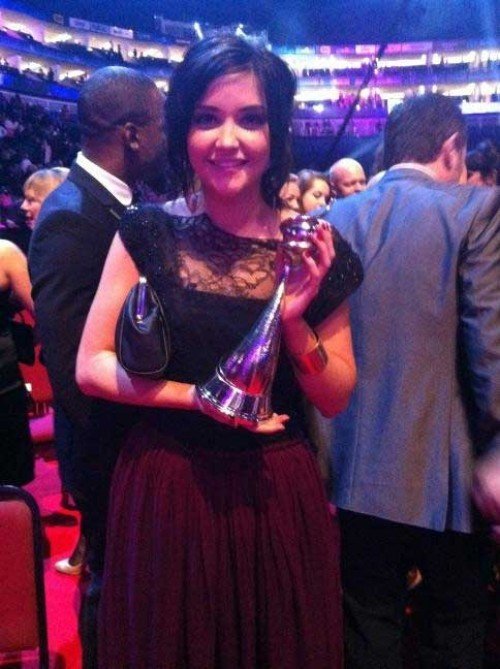 “All I was thinking was that there would be a camera on my disappointed face. I said to Tony: ‘If I lose, kiss me on the cheek so I don’t have to do The Face.’ But Jake was sitting next to me and I couldn’t ask him to do that.

He was mucking about saying: ‘Don’t worry, if you don’t win we’ll just get a new Lauren!’” She adds: “When they said my name I didn’t take it in, and as I got up on the stage I saw Gary Barlow in the front row. I watched that back – you can see him clapping. Amazing.”

Reflecting back on her whirlwind rise to fame, “It still all feels ridiculous,” she says. “My mum’s put the NTA award on the mantelpiece. But it’s not sunk in yet.”
Read more in TV Buzz Magazine from The SUN
facebook.com/TVbuzzmag