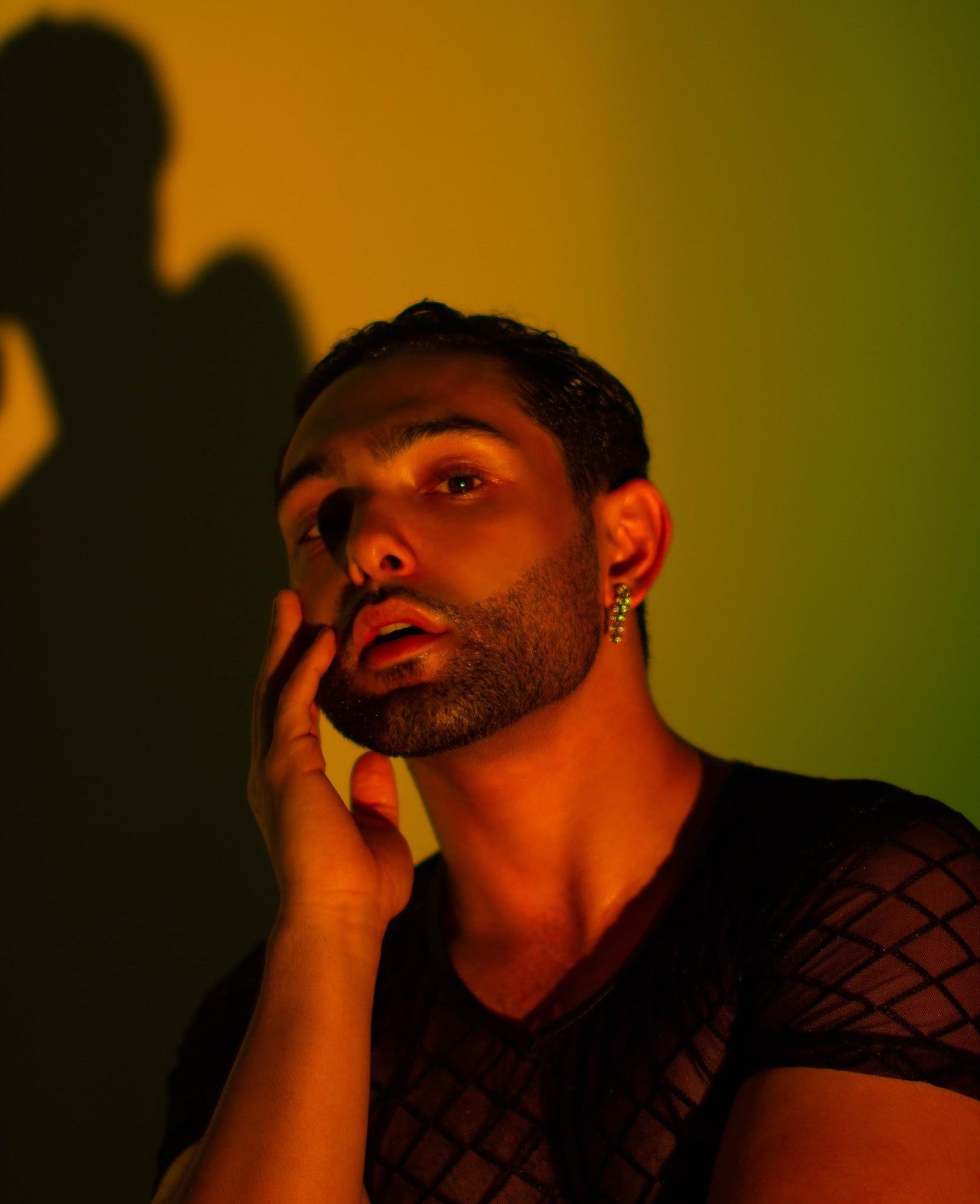 Since the release of his ‘MIDAS’ EP in 2016 and subsequent MASOCHIST EP the following year, US singer-songwriter E. Alvin has always sought to create a bold and atmospheric vision for his music. Blending the heartfelt and emotional RnB of The Weeknd and Dan Crossley with broad and atmospheric production has always been at the heart of what he looks to create, as he now returns with his latest breath-taking single Highnote .

So with the artist back on our radar, we decided to sit him down to find out more about his musical background, his inspirations, and what he has planned for the rest of this year.

What is the first album that you remember buying?

The first album I ever purchased was ‘The Open Door’ by Evanescence. It’s such a good record and it’s definitely contributed to a lot of the dark tones I use in my music today.

Who is your favourite musical storyteller?

My favourite musical storyteller has to be Florence Welch (of Florence and the Machine). She’s so good at blending this somewhat mystical/mythical quality into her lyricism. And her voice is the cherry on top of it all. Everything about her reminds me of a wise, witchy woman.

What inspires you, non-musically, that we wouldn’t expect?

Horror films, especially the slasher craze of the early ’80s. John Carpenter is such a huge inspiration to me and ‘Halloween’ (1978) is my favourite film of all time. The colour scheme, the cinematography, everything about is so well done. It actually inspired some of the colours and tones in my music video for “BODY“.

Tell us about your new track ‘Highnote’, we love the video – can you expand on the concepts behind it?

Thank you! Highnote was an interesting one. It stemmed from cutting ties with an old friend. My efforts and energy weren’t being matched. So I went into the studio, vented to one of my best friends, Zach (who is also my producer), and we fleshed it all out. At the time, I had been dealing with someone who had apologized for their lack of effort but then quickly turned around, took back their apology and made me feel like being my friend was a burden. I feel like that can really be heard in this track. “Salt the mound, tongue and mouth” is, in my opinion, very visual and it derives from the superstition where people would salt the dead before they were laid to rest and this relationship was very, very dead, to me at least. The long tongue was a sporadic idea but I’m so happy I went with it. It was a custom-made prosthetic by my good friend Emily Palmieri who is a beast at what she does. The song felt wet to me like it was salivating on its own, in a way, hence the drippy glass and latex. The salted mirror is symbolizing self-reflection, licking it, tasting it, pushing away the salt so I can see myself clearer. I truly wanted to end things on a high note. Regardless of who was right or wrong, I wanted us to depart civilly. But I also wanted them to see how unapologetically myself I am, with or without them.

2019 is almost over which is wild to even think about but I will be releasing another music video soon for my song ‘100’ off of my project ‘Limbs, VOL. I’. I’m a very visual person. I originally wanted to be a director for horror films before I took on music and I love accompanying my music with something visual. I feel like it gives it a body and I want people to see what I see when I make these songs. After that, I’ll be hiding away in the studio. We’ve already recorded so many delicious tunes and I can’t wait to handpick the ones that will be released next year for ‘Limbs, VOL.II’. But until then I’m sure I have a few more surprises under my sleeve before the year is out.

Highnote is available to buy and stream now, and you can watch the brilliant new video for it below.