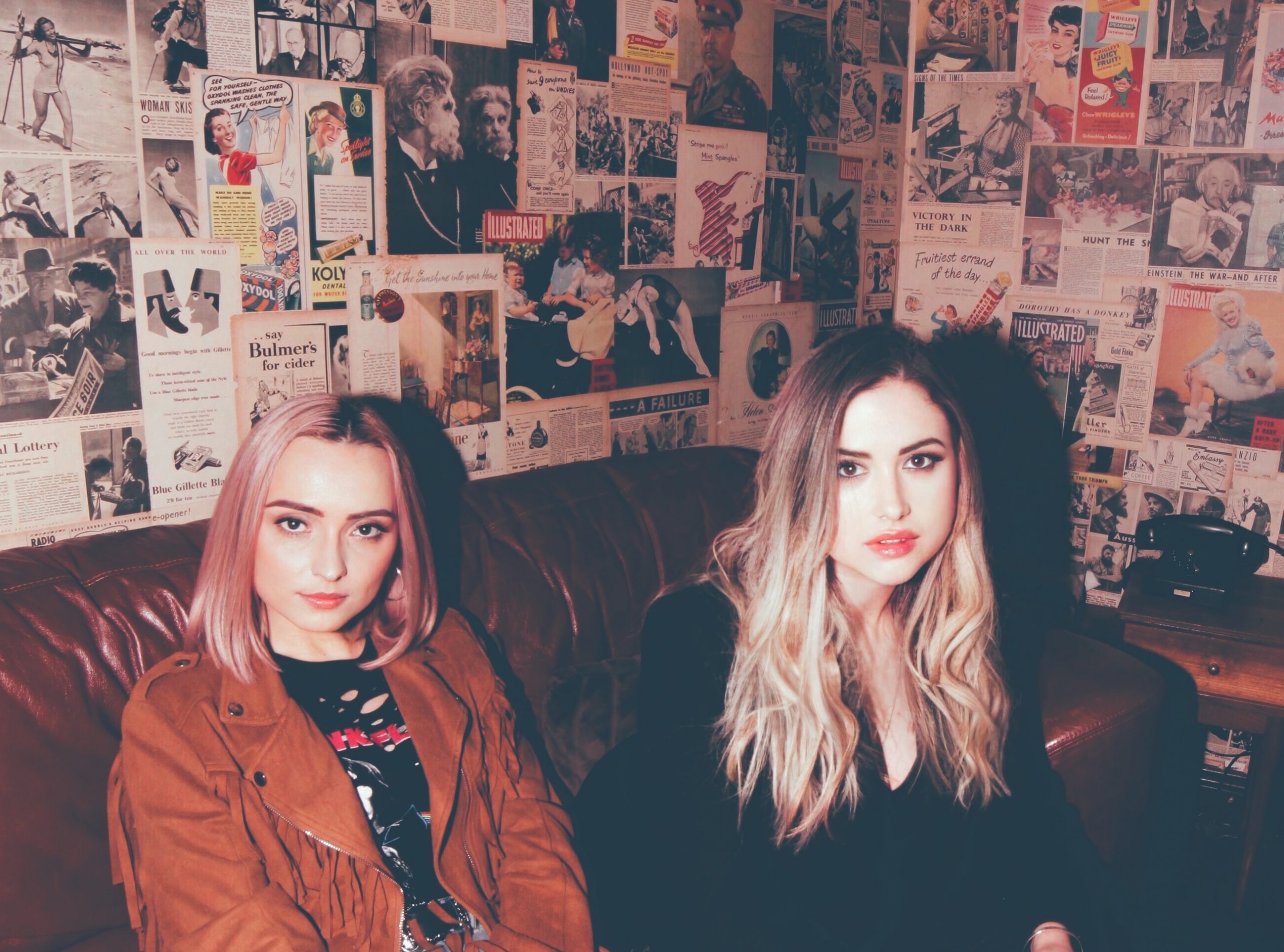 Electro-Pop Duo SIIGHTS and Hip-Hop artist JyellowL talk to us about their lushly poignant Blue Skies Remix, which is Out Now via LAB RECORDS.

How are you today ? What’s on your mind right now…?

SIIGHTS: Hey, we’re good thanks. This last week has been a bit of a whirlwind so we’re definitely feeling like we’re needing a day off sometime soon & wondering when we’ll get to play live again. Life is a little weird with this lockdown situ right now.

JyellowL : I’m feeling inspired, I just turned a new age so I’m reflecting on the past year and setting goals for myself to achieve before my next birthday.

Tell us everything we should know about the new track & video…

SIIGHTS: We wrote Blue Skies about loosing a friend so its very personal to us both, we decided to reach out to JyellowL & get his spin on it. We love that he really told his own story of overcoming loss & grief also, overall we wanted there to be an uplifting message throughout the song. We think we really achieved that which is nice.

JyellowL : Blue Skies is a deeply personal track, I’m sure the girls will tell you, we’ve all experienced loss and have different coping mechanisms. So The song is about coping with the loss of a loved one by acknowledging that though physical energy is finite, memories and moments shared are timeless. Hoping people internalise that and find comfort in it.

SIIGHTS: Toni: Well I’m going to have to say a tiger, some of my friends call me that already

Mia: Its a hard one, I would say a bird – I love the idea of being free and able to fly where you like haha

JyellowL: Tough one. I could go many directions, I was born in 98 and that’s the year of the tiger in the Chinese calendar or I’m born in May and that makes me a Taurus so I could be a Bull. Both are fitting but I think I’d be a wolf because I can operate on my own or I could operate in a pack.

SIIGHTS: I think for both of us artists like Fleetwood Mac  & Stevie wonder / Bill Withers are definitely up there.

Mia: I think my grandad has always been one for me – he’s an amazing person & always gives great advice.

Toni: Im really inspired by any stories of people overcoming adversity to become successful or fulfilling their dreams despite difficulty or hardship. Also love seeing people sharing random acts of kindness & good vibes online, in a world where it can be very easy to feel down/ isolated or misunderstood things like that really motivate me.

Toni: I think it was a second hand copy of Rumours – Fleetwood Mac

Mia: I think it was Stevie Wonder – Songs in the key of life

JyellowL : I’m listening to a lot of Jay z, Jcole, Russ, Drake because these artists have huge back catalogues and you learn something different with every listen

SIIGHTS: We like to experiment mixing casual items with more formal items. Our style in general is quite low key & relaxed – We’re also really into finding one off pieces that are quite unique & pairing them with a more casual style. POLITIX in the Beverly Centre is somewhere we often find the most incredible one off pieces.

JyellowL : I’d describe it as minimalist but selectively extravagant, because for the most part I keep it simple but I’d have days where I’m feeling extra and I really show it on those days.

Are there any good films or tv series that you have seen recently?

JyellowL : Yeah I recently watched Ozark and I thought that was really good but I haven’t really been looking to watch movies because I need the continuation (indefinitely it seems) during this quarantine

SIIGHTS: We just released our debut EP & are in the process of finishing some brand new tracks – so a lot more music. Hopefully when life returns to some kind of normal we will be back playing live & will travel a lot more. We hope to do some more interesting collaborations & write songs for some other artists too.

JyellowL : I’m really looking forward to releasing my album this year, I can’t wait for everyone to hear it and feel it. There was an album tour in the works but that’s looking like 2021 now.