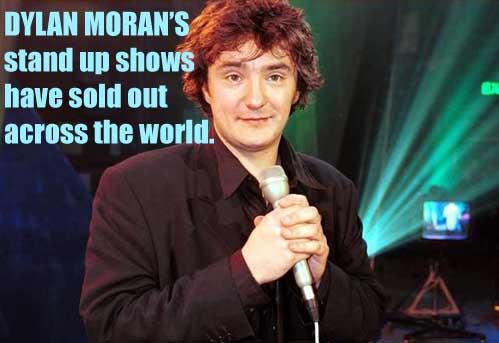 From New York and LA through Europe and onto Australasia MONSTER I, MONSTER II and LIKE TOTALLY have cemented this unkempt wordsmithâ€™s reputation as one of the foremost comics of his generation. Likened to DAVE ALLEN and labeled â€˜The Oscar Wilde of Comedyâ€™ DYLAN is unpredictable, bizarre, elegiac, often cruel but above all painfully funny. MORAN sees through the joys and disappointments of human existence with the sensibility and intense perception of a man teetering on the edge. He chews life up and spits it out stamping it into the pavement as he goes. 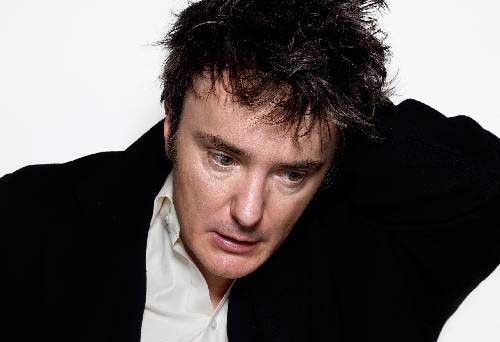 Moran first came to public attention when he won Channel 4â€™s SO YOU THINK YOU’RE FUNNY, followed three years later by the PERRIER AWARD. Since those early stand-up beginnings Moran has had huge success as both a writer and a performer. The SIMON NYE comedy, HOW DO YOU WANT ME established him as a serious acting talent. Three series of the channel 4â€™s sitcom BLACK BOOKS followed winning him a BAFTA and a Bronze Rose of Montreux before MORAN turned his back on the huge financial incentives for a further series and lay grumpy Bernard and witless assistant Mani to rest. MORANâ€˜S film career has included the smash hit â€˜Rom-Com-Zomâ€™ SHAUN OF THE DEAD alongside SIMON PEGG, THE ACTORS opposite MICHAEL CAINE and MICHAEL GAMBON. 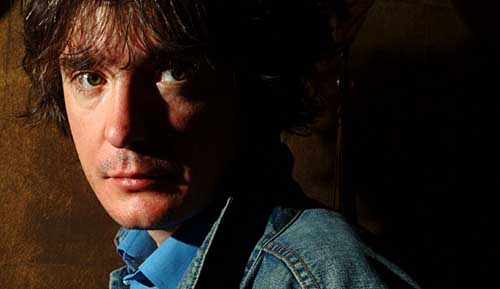 NOTTING HILL and MICHAEL WINTERBOTTOMâ€™S A COCK AND BULL STORY. Last year MORAN teamed-up with PEGG once again to star in DAVID SCHWIMMERâ€™S directorial debut RUN FAT BOY RUN. DYLAN has recently completed filming A FILM WITH ME IN IT currently on release.