Energetic Coventry foursome [dweeb] return with a second album that announces them as a truly exciting new rock band whose pop nous and songwriting talent are undisputable.

Feels Like Dynamite is the result of a band learning to make the music they hear in their heads, time spent on the road and away from home affirming their bonds to each other and giving them the confidence to throw away the template and become a band all over again. Lead singer Tim Alford, drummer Dave Ashworth, bassist Matt Donald and guitarist The B-man are on a mission. 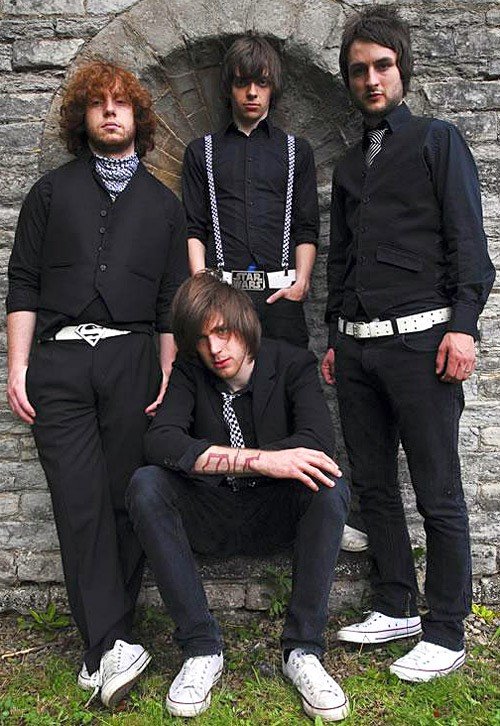 Feels Like Dynamite sees [dweeb] dramatically up the stakes with their songwriting, with powerful guitars and propulsive percussion complemented by the addition of analogue synthesizers and electronic elements.

The band began experimenting with these new sounds while on tour in a deliberate attempt to push themselves and not repeat their first album.

It Came From Outer Space, released in 2008, was a more straight ahead rock record, one that saw them gain enough of a fanbase to begin touring solidly.

Soon the band were headlining shows and playing festivals not just in the UK but all over Europe, with a dedication and backbreaking work ethic to be commended they once played 20 shows in 15 days while on tour on the continent! 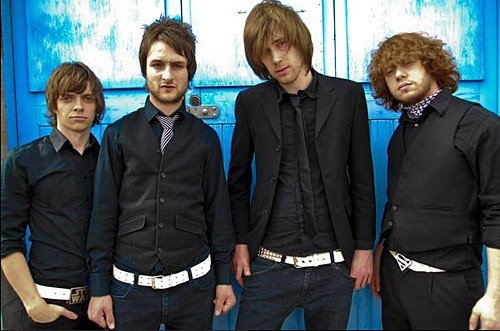 Asked how the band benefited from this time on the road, Tim comments we’ve all become better songwriters we learn as we go. Explaining the time lapse between albums, the band note that we didn’t want to write the same album again we wanted to write something original.

Despite differing musical tastes the lads were excited by the synth sounds they had started using, and all found that they were able to organically integrate this dynamic new way of performing although the lyrics on Playing In The Snow document that it wasn’t all plain sailing, songs like We Are The Ones are testament that the band’s gamble paid off phenomenally.

While some songs were written separately as the four guys experimented, others were written entirely in the studio the band’s creative energies all channelling in the same direction.

If the music [dweeb] were making was a step into the unknown, Tim’s lyrics were similarly reflecting a new way of thinking. Having spent time away from home, upon his return Tim found his eye was keenly attuned to observe the changes in late noughties culture from an outsider’s perspective.

So the songs on Feels Like Dynamite see Tim stepping away from himself and day-today concerns to consider a broader social responsibility. The near title track sets the tone, a storming opener whose lyrics focus on the reality of sex trafficking.

Insistent rocker and live favourite Silence Is Golden dissects human nature and violence in society, while Blunt Incision and We Are The Ones hold a mirror up to apathy. Despite their questioning nature, the lyrics on the album are constantly positive, throwing down the gauntlet and inviting change.

It is immediately clear from first track Dynamite that the band are a more confident proposition Tim’s vocals are commanding and expressive, while the band’s melodic streak perfectly complements the muscle of their live performances. It’s an album that doesn’t let up or disappoint all the way until the final moments of closing number Upside Down.

Perhaps the greatest example of [dweeb]’s maturation is recent single Its OK. With its chanted refrain no-one wants to be alone, It’s OK is an anthemic slice of indie-rock that closes their live shows in effervescent fashion.