Both remastered titles’ limited edition packages will be presented in deluxe, lift-off-lid boxes with replicated U.K. album art and posters from the original Japanese LP releases, plus five postcards. On the same date, both albums will be reissued on 180-gram vinyl, each LP paired with a bonus 12-inch single.

Originally released in 1981, Duran Duran peaked at #3 in the U.K. and remained in the charts for 118 weeks. It spawned the band’s hugely successful first U.K. Top 10 single (#5), “Girls On Film,” which was accompanied by a notorious adult music video made by renowned video filmmakers, Godley & Creme. In 1983, the album was reissued in the U.S., where it peaked at #10 and remained on the Billboard albums chart for 87 weeks. 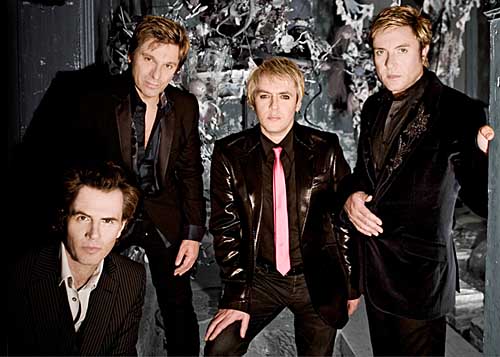 Disc one of Duran Duran (Ltd. Special Edition) includes the digitally remastered original album plus four single B-sides. Disc two is packed with previously unreleased material, including versions of the Air Studios recordings of “Girls On Film” and “Tel Aviv,” plus Manchester Square demos, a BBC Radio 1 Peter Powell session from 1981, and different mixes of the album’s singles. 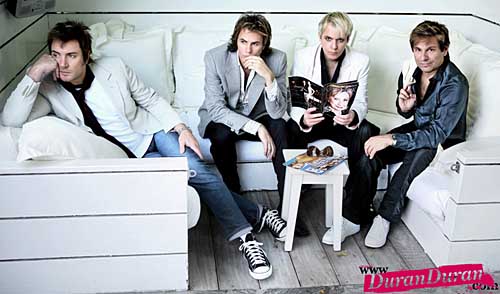 The band’s third album, Seven and the Ragged Tiger, was released in November 1983, reaching #1 on the chart and achieving platinum sales in the U.K. within a matter of weeks. It peaked at #8 in the U.S., where it also quickly reached platinum sales status and went on to double-platinum certification. The album spawned Duran Duran’s first Billboard Hot 100 #1 single in the U.S. (and second #1 single in the U.K.), “The Reflex.”

Seven and the Ragged Tiger (Ltd. Special Edition) includes the digitally remastered original album on disc one, and non-album singles, B-sides, and four 12″ mixes on disc two. The expanded release also includes, for the first time on DVD, As The Lights Go Down, a film conceived by Duran Duran and Russell Mulcahy, as well as the acclaimed music videos for the album’s singles and two “Top Of The Pops” performances.

1983 was a banner year for Duran Duran. The band earned two 1983 Grammy Awards for their innovative and influential music videos, including Best Video Album for their self-titled video collection and Best Music Video (Short Form) for “Girls On Film”/”Hungry Like The Wolf.” For a year and a half, the band toured to sold-out stadiums around the world.
www.duranduran.com

Duran Duran – The Reflex
by IDLYITWdotcom