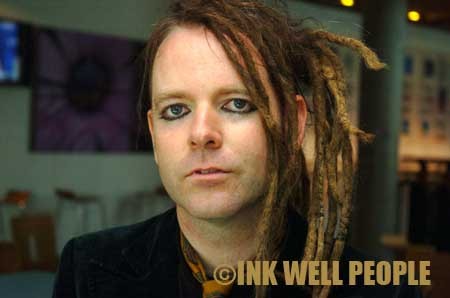 By Andrea Clarke
Photo by Fabrizio Belluschi
NORTHERN Irish star Duke Special has revealed his forthcoming performance at the Grand Opera House is a â€œdream come trueâ€.
Speaking at the launch of the theatreâ€™s Autumn season, the Downpatrick singer/songwriter said he canâ€™t wait to play in the prestigious Belfast venue.
â€œI used to live in Downpatrick and one of the first times I came to Belfast I went to see an African tribal rhythm and dancing thing at the Opera House and that always stayed with meâ€, he said.
â€œI remember one time my mum and dad going to see Tommy Makem and The Clancy Brothers coming back with a live, final album, and just thinking I would love to play there.
â€œItâ€™s just somewhere Iâ€™ve always wanted to play and I think it suits what I do. Itâ€™s a real dream come true for meâ€.
Duke Special, real name Peter Wilson, has received critical acclaim across the board for his debut album Songs From The Deep Forest and has been touring across Europe for the last year.
This week the Vaudeville-style singer performed a five night stint at the Empire Music Hall and after a well earned break will return to the stage at the Grand Opera House for two shows on November 4, as part of this yearâ€™s Belfast Festival.
And he promises to put on a extravagant experience.
â€œItâ€™s going to be a bit of a hybrid of what Iâ€™ve already done at The Empireâ€, he said. â€œIâ€™m going to put on a show thatâ€™s for sure. â€œItâ€™s going to be a bit of a lot of fun and weâ€™re going to pull out all the stopsâ€.
Â©INK WELL PEOPLE
www.dukespecial.com
www.goh.co.uk