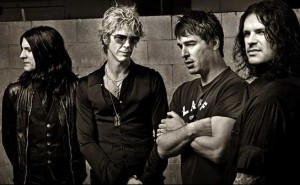 There are few individuals around today that exemplify the term â€œidolâ€ or â€œlegend,â€ but one of Seattle’s own stands tall amongst this chosen minority.

This person is Duff McKagan and anybody would be hard pressed to dispute that he is the epitome of a hard rock icon.

In 2009, with his latest, appropriately titled project, DUFF MCKAGAN’s LOADED, he gets a chance to add another chapter to his already storied career further showing his songwriting prowess and versatility assuming the role of vocalist/guitarist.

This is an all out assault of pure rock and punk infused fury that pulls no punches.