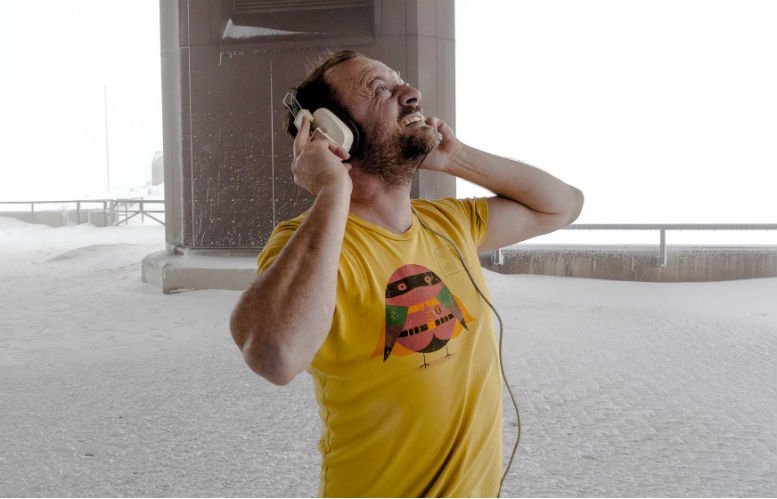 The Bern based artist Dubokaj, is a part-time Swiss Highlander and a full-time Dub practitioner. Now he talks to FM about his first solo LP ‘Alpine Dub’ (released .04.2016 on Mouthwatering Records). The album is a wild exploration of Dub as technique and methodology, which he describes as “unfinished Pop music that was sent through a bunch of effects”.

What is Alpine Dub?

It’s my own personal interpretation of Dub, my way of treating songs and individual tracks. It’s more about Dub as a technique than about Dub as music. When I go outside and drive for a mere 30 minutes I’m surrounded by mountains and natural echoes. I often got this Alpine space in my mind when I’m dubbing my stuff back in the studio, using virtual reverbs and echoes.

But there is this hint of Tropicalia in there as well, with all the jungle sounds etc.

Yeah, it’s funny, because i didn’t feel very tropical when I was laying down these tracks. I think i needed to record these parts to give the music a more adventurous taste, something that feels like we’re exploring something. And maybe this is also a hyperlink back to Filewile, a group that I was a part of for a very long time. We always had a bit of Tropicalia in our songs.

I read somewhere that after you finished recording and mixing the record you reconstructed it at another studio – tell us a bit about that.

After editing and mixing the whole thing I wasn’t happy with the final result. Something was missing. I decided remix all of the songs. So I set up on an analogue desk with a bunch of tape delays and spring reverbs and other nice, nerdy gear. Together with the studio engineer we did something that was pretty much like a classic Dub session.

We played the effects live on the desk with four hands and re recorded everything. Four hands, four days. In the end we had so many really good recordings to choose from, all produced in such a short time. And the beautiful thing is that they spanned the whole spectrum, from completely freaked out dubs to simple solid mixes.

I know that it was important to work work on the details, of course, and that I did back in my own studio, but at some point it became like programming. So this dubbing part brought the life back into the songs and changed the whole album, made it warm and ultimately made it what it is.

Is it true that you’re Lee Scratch Perry’s neighbor?

I only know that he lives in Switzerland now. I met him once in the backstage area at some festival I played in France. That’s it for now.

Yeah, and I suppose that one reason he is here is to be around all of these Swiss mountain echoes. He’s literally the bridge between Jamaican and Alpine Dub.

Finally, what’s next for the Dubokaj?

I’m looking forward to playing out live. And i will release alternative edits and versions of the Alpine Dub tracks later on this year, the more freaky mixes. Live visuals are still not ready, so I’m keeping myself busy with that!!