HMV is delighted to welcome The Script to its Grafton Street store today Friday at 1.00pm. The band will be performing acoustically and signing copies of their self titled debut album on the day of its release, as well as giving away a pair of tickets to the exclusive album launch party.
Fresh from their widely acclaimed performance at Oxegen, the Irish three piece are riding a wave of increased interest from insiders who are expecting big things for the band. Following the success of their first two singles released from the album, “We Cry” and “The Man Who Can’t Be Moved”, the release of their highly anticipated debut album will go a long way towards making their mark on the music industry. 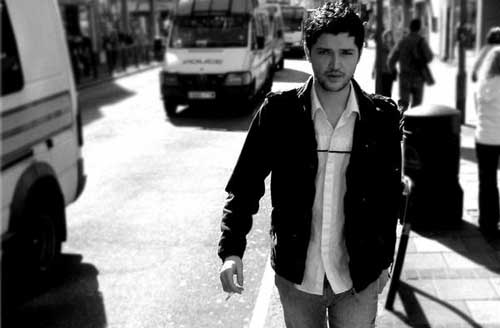 The trio made up of Danny Oâ€™ Donoghue, Mark Sheehan and Glen Power have produced an alternative sound, a juxtaposition of hip hop lyrical, Râ€™nBâ€™ and strong offering of rock. Of late the band have performed at a number of high profile gigs including T4 on The Beach and are due to perform in Marley Park , V Festival and The Button Factory .

The Script stands out in terms of its maturity- the album is inherently honest if not sometimes brutal. Something rarely witnessed on a debut album. The Script is in essence an emotive and provocative offering.

John Rooney, Manager of HMV Grafton Street comments, “We are very much looking forward to welcoming The Script to our Grafton St store on the day of the release of their highly anticipated album. The lads are currently making one of the biggest breakthroughs in the industry at the moment and we are delighted to support them on their journey to becoming one of Irelandâ€™s top bands. With the chance to win exclusive tickets to the album launch party this event is a must for all music lovers.â€