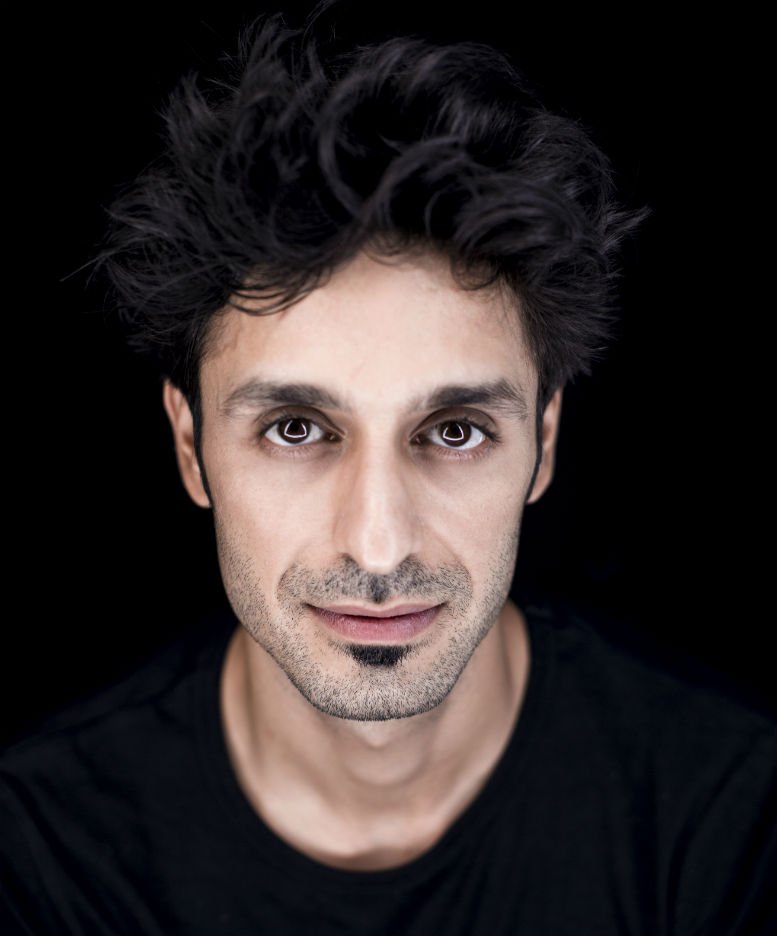 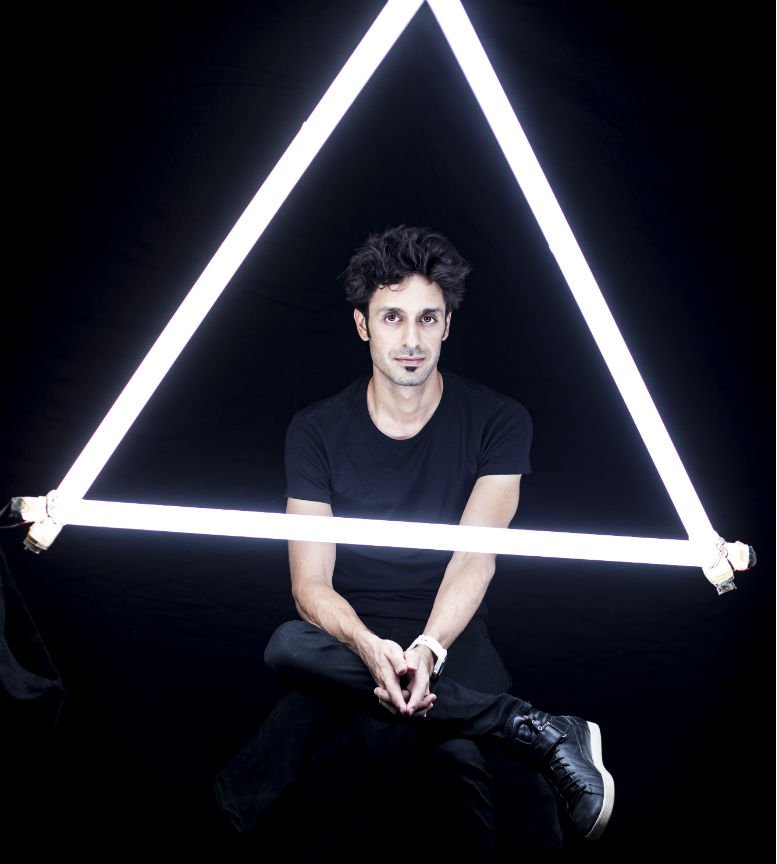 ‘Dreamcatcher’ – available now as a free download via Dualism Records – features some of the most exciting young vocalists in the country today including Sohrab Nicholson (Nicholson), Josh Fernandez (The F16s) and Kavya Trehan (MOSKO).

The word is out that there’s a new wave of Electronica on the rise in India, what’s going on?

India’s music scene has historically been dominated by Bollywood (Indian film music) and commercial music. What started as a handful of crews putting up parties and small outdoor festivals a decade ago has turned into quite a buzzing and interesting scene today. There’s a newfound emphasis on originality and musicality, and that has meant plenty of opportunity for indie musicians such as myself to make a place for themselves without having to compromise on their sound. The great news is, I’m not alone in this indie electronica wave.

Who should we be watching out for?

Some of my favourites are Sandunes, Nicholson, The F16s, Mosko and Sid Vashi, among many others.

Is this scene at all linked to what was going on in the UK in the late 90s and early 2000s with the Indian expats taking on all types of Electronica and reshaping it?

That’s a really interesting question – I’d say in some ways this is similar to the 90s’ UK Indian Bass movement, but in other ways it’s the complete opposite. For starters, the UK Bass movement began in the context of a Westernised environment, so it was a way for musicians of Indian origin to draw on their heritage and connect with it in their own unique way. For indie musicians living in India, it’s quite different. Here, we’re operating within a world where music stemming from Indian culture is the status quo and most widely accepted. In a sense, we’re doing the opposite – opening up niches and sections of the population to non-Indian electronic music. A lot of people would argue that my music isn’t technically ‘Indian”, since I don’t use Indian languages or instruments in my songs. However, I’d say the opposite is true – just by virtue of my having grown up and living here, it’s Indian. Just a different, 2016-version of India. 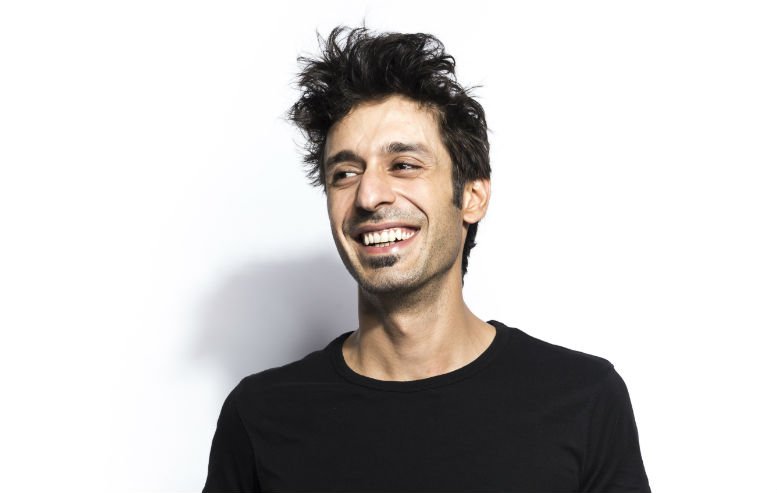 How did you get into this sound, anyway? I mean you consider yourself a guitar player foremost, right?

Yes, I started playing the guitar when I was 9 years old, and spent my whole life until I was 20 playing in rock bands and covering guitar gods like Satriani and Vai. It was when I went to study music at USC in Los Angeles, that I happened to attend a stadium rave called “Monster Massive”. That experience changed everything for me, I just remember feeling like I had finally found my direction as a musician. As I learned to produce electronica, the amalgamation of sounds that followed was the most natural feeling for me.

You’re a properly trained musician how’s that make your sound different from other Electronica producers?

From what I gleamed, over the years, is that a lot of the key players seem to be sound designers primarily with very basic knowledge of music theory…I think that learning an instrument first informed how I see the process of making electronic music. While producing music among machines and computers, my goal is still essentially the same – to focus on the human elements that I bring to my instruments as the performer, and to try and capture moments of genuine emotional connection as a listener. I try to see all the knobs, software and synthesizers as a mere means of extracting emotion from a musical idea – it’s all part of an effort to humanise the feel of the music.

Can you tell me a bit about ‘Dreamcatcher’?

Dreamcatcher was written about half over the last year, and the other half in the last 2 months. I took time off in March after touring for 8 months, and got right into the studio, feeling really inspired and ready to write my second LP.

One of the most important things I tried to keep in mind while working on Dreamcatcher was to make music that I love and wanted to hear, and not to try and please anyone or make what I thought people wanted to hear. Being exposed to so many strong opinions from peers and industry folk over the years can really cloud one’s psychology, and I had a great moment of clarity when I realised the only way to make this album is to look within. It was a great relief to be able to ignore current trends, the industry’s preferences and other artist’s tastes. I feel like this album is the most “me” music that I could have possibly written, and I couldn’t be happier at this point in time.

This your second LP, correct?

What changed for you and the way you work since you dropped your debut?

Before I dropped my debut, I was an outsider to the scene/industry, so I effortlessly made a really authentic and honest record that was really well received for those precise reasons. However, as I got more involved in the industry, I started to get increasingly exposed to other musicians’ and professionals’ opinions on music, and also started to toe the line between the electronica and EDM realm. I was playing a lot of festivals where I was the only guy not blasting EDM at 128 bpm, and while the unique-factor really worked for me, I couldn’t tell at the time, how much I was subconsciously getting influenced by my surroundings. Let’s just say that the commercial EDM genre doesn’t exactly value artistry, creativity or originality as much as it rewards sticking to the formula and a strong social media/marketing game. Eventually, when it was time to make my next album, I asked myself some tough questions about who I wanted to be, and found myself again in the process.

I love it how you mildly alter a familiar sound and give it these inflections and nuances that are thoroughly Indian – is that intentional or does it creep in on its own?

To be completely honest – most of those familiar moments happen on their own – I think I subconsciously know what I’m going for, but realise it only when I hear it back after a while. Sometimes I’ll hear too much of a certain familiar sound, and will often dial it back or replace it with something unique because like you said, I want it to be a mildly familiar sound, not a straight-up homage.

There are quite a few collaborations on here – can you tell me a bit about all these artists?

I haven’t ever featured a singer on one of my releases until this album, and all of these collaborations came about very naturally. Over the years, I’ve developed genuinely close friendships with all of these individuals; a lovely dynamic based on mutual respect and admiration. We talked about it several times over the years, but it was only inevitable that we’d make music together someday.

How important is the process of collaborating with other artists, to you?

It’s now more important to me than ever before. I was quite a self-contained and inward-looking artist to begin with, but I’ve reached a place where being exposed to others’ talent and ideas is nothing short of magically inspiring and energising. Moving forward, I plan to keep making music on my own, but also to keep working with instrumentalistsand singers regularly.

Going back to India and the homegrown scene – what do you hope for? How would you like for the scene to develop and change?

We’ve gotten off to a great start, and my hope is that our indie music movement and culture can grow to be integrated and accepted as a part of Indian culture as a whole. Electronic music, nightlife and music festivals are often perceived as alien, foreign, problematic or morally corrupt by cultural and political institutions over here. We’re allowed to function and develop as we have over the years, but every once in a while, the scene suffers a setback at the hands of policy (deadlines, etc). My hope and feeling is, that over the next decade, we will be able to grow in numbers and relevance to a point where it’s undeniable that this is truly Indian culture in 2016.

In closing what do you expect from ‘Dreamcatcher’?

I’d like others to enjoy it and for my music to be a part of their lives for a little while, and for it to hopefully bring them some happiness and enjoyment. I’d also love to have the chance to perform the material live to everyone who hears the record, because that’s where I think the material really comes alive. I gave this record everything I had, and that’s a really satisfying feeling. ‘Dreamcatcher’ is out now, after that whatever happens is just part of the journey 🙂