BBC star Matt Smith, aka the eleventh Dr Who, was mobbed as he arrived in Belfast yesterday on the first leg of his UK tour.

Matt, the latest edition to the Dr Who cast was joined by Karen Gillan who plays the doctor’s gorgeous assistant Amy Pond in the new series. 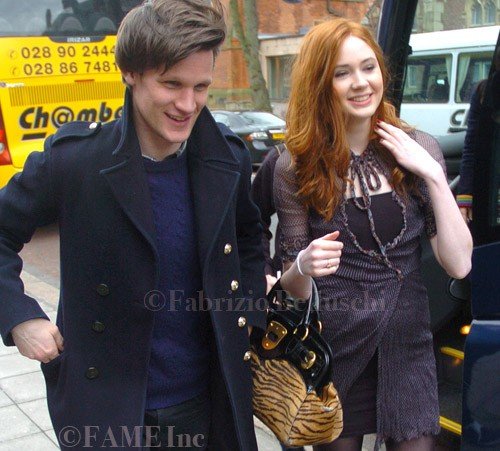 According to producers of the show the tour is to give fans of the show a unique chance to meet the stars and also screen a regional premiere of episode one, The Eleventh Hour, for local children, working alongside BBC Outreach. 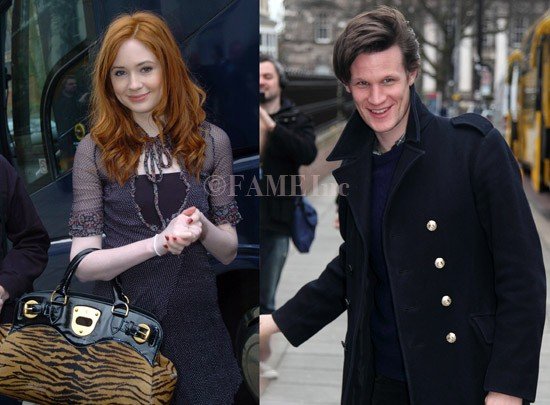 And as the specially themed Doctor Who tour bus with Matt and Karen arrived at each location he was met by a crowd of excited kids and some older fans all waiting to get the first glimpse of the new doctor in person.

The relatively unknown Matt, 27, so far the youngest Dr Who, reportedly snatched the role from Northern Ireland’s very own James Nesbitt and Welsh actor Robert Carlyle. 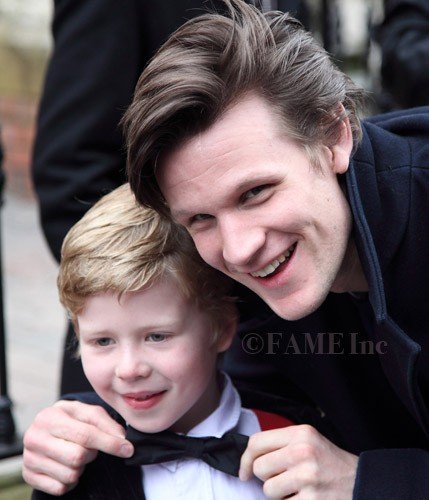 But that doesn’t stop the young actor being nervous about how he will be received. He said: I really hope people enjoy it and are thrilled with it.

And for him the fans are going to be crucial in his success as the famous time traveling doctor.

Matt added: There’s one fan who compares me to a hedgehog a lot, which is puzzling. Everyone’s been very kind and generous. I just hope it stays like that. 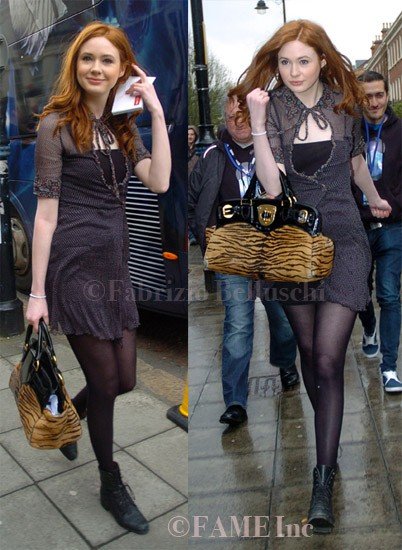 Matt takes over from David Tennant recently voted most popular Time Lord ever which also adds to the nerves according to Matt. I know I’ve got pretty big shoes to fill he said.

In the first episode, premiered at the Queen’s Film Theatre in Belfast yesterday, Matt as the doctor joins new companion Amy (Karen Gillan) battle a new gruesome shape- shifting monster dubbed Prisoner Zero, and of course as always he has just 20 minutes to save the human race.

For Matt, his favourite doctor was the 2nd Patrick Troughton who was in his late forties at the time. He added that Patrick was a huge influence on him as she shot many of his scenes.

I’ve always remembered, tucked away in the recesses of my brain, seeing Patrick being chased down a corridor by a Dalek. The mad professor look, with the bow tie and the tweed jacket, I took from him really.

Then I thought, Well, the Doctor is an adventurer and an adventurer should have big pair of boots. After that I brought some braces in from home, rolled my trousers up and that was that.

Doctor Who began in 1963, and seven actors played the Doctor before the show was dropped in 1989 . After a TV movie in 1996 – starring Paul McGann – the TV series returned in 2005 with Christopher Eccleston in the lead role. Tennant took over in the same year.

The Eleventh Hour will be screened on BBC One on Saturday, April 3
By© Tina Calder
Photos by © Fabrizio Belluschi/PF/FAMEmagazine.co.uk