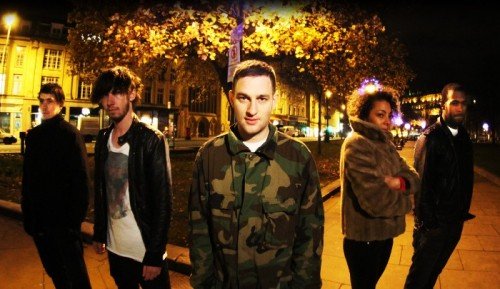 Dr Meaker are masters at livening up dancefloors across the UK. Their brand of (self titled) ‘new Bristol bass’ coasts along and takes in many dance genres along the way with ease.

The video has been going down a storm so far among fans old and new and will undoubtedly become a major seller for Dr Meaker when it is released on January 28th 2013.

Fame caught up with Clive Meaker recently to discuss their work and much more. Here are some highlights.

Hi firstly may we ask you how Dr Meaker formed. I know the funds came through a prize won by you Clive, but can you elaborate?

Dr Meaker formed in a really organic way, Bristol style. A bunch of musicians coming together to make something special.

You have guests on the main track (Astroid Boys & Joe Peng). How did they become involved in it?

‘Shak Out’ and ‘No Money No Jobs’ were vibe tracks written for our live set and when the Astroid Boys heard ‘Shak Out’ they wanted to get involved so we got the boys over from Cardiff and recorded the verses in an afternoon.


Joe Peng was perfect for the chorus so it was all done and dusted in a couple of weeks. Sludge Records heard the tracks and signed both tracks for their label.

The video was arranged by the Astroid Boys and VEVO signed it straight away and the response has been massive.

Whilst we have a vibe running through our music, we aren’t chained to one style and so we can release what we want.

Your music seems to cross dance genres. How would you describe your sound to someone yet to hear it?

We splice the Dirt with the Soul to Fire up the Soundsystem.

Radio play has been a big part of your success to date (alongside the creativity and writing skills). In this digital age does radio till have a bearing on a bands career/future?

Yes, although its just one part of the puzzle. Radio listening numbers on the big stations are still pretty massive and radio presenters have dedicated followers, so if a DJ likes your music and spreads the word…

People are listening and will support and follow. How can that not be a good thing to help build a career?

The bottom line is that the music has to be really, really good and then it’s just a matter of the word spreading, whether that be on radio, youtube, forums, word of mouth, whatever…

But yes, radio defo still plays a big part in the overall picture if you can make it work for you. 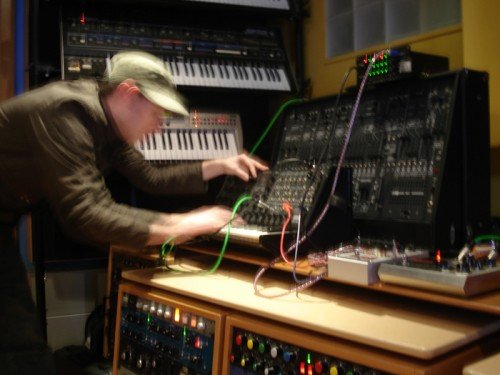 Do you embrace social media and monitor/communicate with your fans through it?

It takes a lot of time and effort to maintain the level of input needed to make it feel fresh and interactive for fans.

here is a fine line between under and overdoing it on social media sites. Again, the music will do the talking and will spread organically if people are into it. People like to choose what they like and don’t want it rammed down their throats!

Your cover of Adelle’s Bond theme ‘Skyfall’ has been a real treat for many of us. You did that for the radio show 1Xtra, but may I ask how the idea came about?

It was Lorna’s idea. Initially I wanted to do a cover of Roy Davis Junior’s ‘Gabrielle’ but was advised that it should be a more contemporary song and I literally could not think of a single song that I would want us to cover in the charts and then Lorna said about the new Bond tune and we were all like…”Oh yehhhhh”.

We have a lot of respect for the work of Adele and Paul Epworth (co-writer and producer) and it fits our vibe so we just thought, yeh let’s do it and try to do it well as we were covering the best female artist in the World!

We are really pleased with the way it all turned out and would love to work with Paul Epworth at some point.

Have you any other songs that you feel you could (or would) cover?

It’s been a consideration for a while but we haven’t yet found one that feels totally right for us as yet. The option is kept open though.

Being a producer I love the thought of being able to take a really well written song and then apply our own sound to it.

The band have already been successful on numerous festival stages. Is there one you hope you may be asked to perform at?

We have played various stages at Glastonbury over the last few years and we really want to play the West Holts stage or one of the big dance tents at Glastonbury this year.

Also we played in Switzerland in 2012 and wanna get back out to the Alps again this winter. Snow tours are amazing! And a world tour is long overdue too!

What does 2013 hold for Dr Meaker. Have you got plans already made?

More releases are scheduled on some great record labels. We are shooting music videos for our releases. We plan to finish the album and sign it to a great label.

We are starting to get offered a lot of remix work also. We are being offered sponsorship deals from great clothing and headphone companies which is exciting (free stuff!).

We have gig bookings coming in thick and fast for festivals and club nights, so it’s all very exciting for what 2013 holds. We plan to work harder than ever before this year.

Finally where do you see (or hope) Dr Meaker will be in five years time?

Everything we are doing now but on a much bigger scale. We will be touring the World, everyone in the band still with the vibe and energy to be doing what we’re doing.
©FAMEMAGAZINE.co.uk