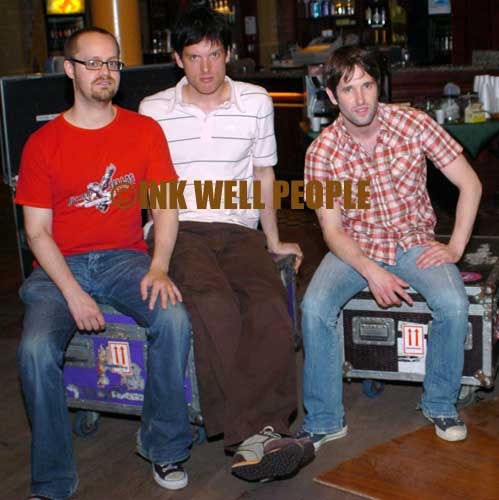 DOWNPATRICK rockers Ash will showcase their directorial debut on later this month with a movie featuring the faked murder of Coldplayâ€™s Chris Martin.
Slashed which will be available on YouTube started as a hobby for Northern Ireland band but eventually ended up with an A-List cast.
The film, based on the murder of Martin, was made in 2003 when Ash were supporting Coldplay during their US tour.
The teen-slasher movie was filmed on location and includes cameos from musicians including Moby and Dave Grohl. Coldplay guitarist Jonny Buckland stars as an FBI agent hot on the trail of a serial killer.
The film was never released but Ash bassist Mark Hamilton thinks now is the time to show the band’s dabble with the Hollywood.
He said: “I would say, give it another two weeks and then check the
YouTube website. â€œIt never got completed and the footage that we’ve got is really rough, but it’s funny, so we thought we’d just get it out there.
“I think people should be quite interested to see a video of Chris Martin getting murdered”.