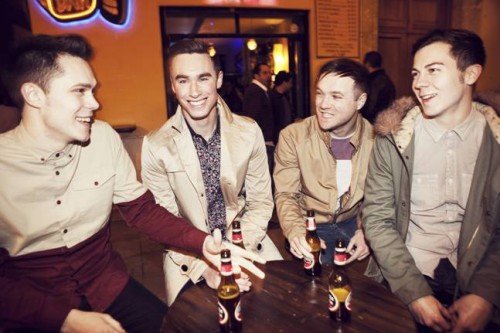 Don Broco re-release their brilliant single ‘Hold On’, via Search And Destroy on June 24th. The track is taken from their massive debut album ‘Priorities’.

The track is the band’s unique take on modern-day dating, singer Rob Damiani says: “The idea for Hold On came about one particular night when I realised everyone I was out with was on the pull. I was bored of having no-one to talk to, so eavesdropped their conversations. The things people who have just met will say to get each other into bed is shocking.

I was overhearing some pretty ridiculous chat up lines and didn’t want to forget them so text them to the rest of the band as it was happening. They had no idea what I was on about till the next morning. I think they still suspect I was coming on to them.”

Following on from Don Broco’s whirlwind 2012, packed with sold out tour dates, the band have finally found time to hit the studios to start record recording new music which could be aired soon.