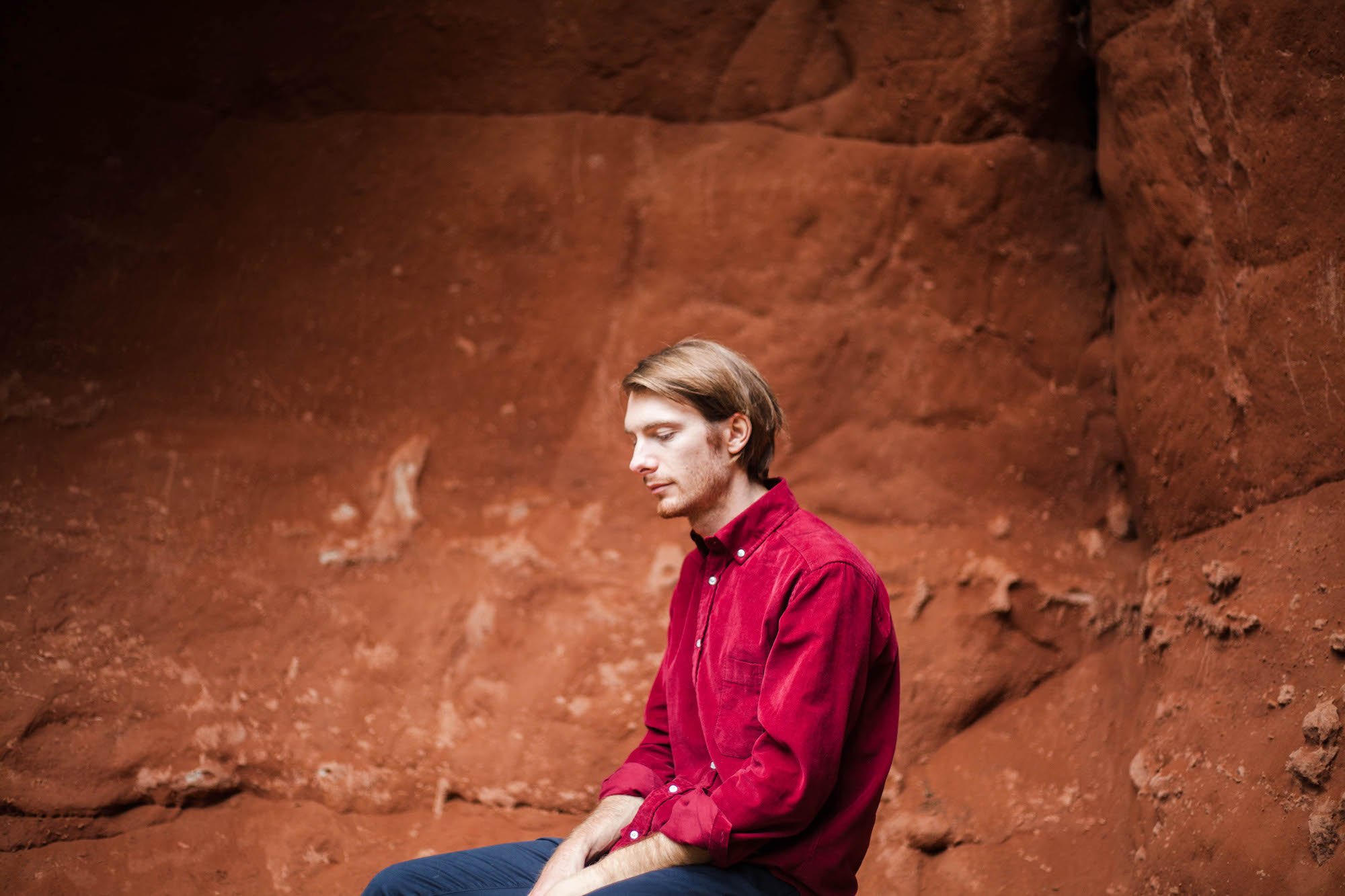 This year Dom Malin treated us to Hold On Me, Can’t Say, and a cover of Damien Rice’s 9 Crimes. However, little did we know that the best was yet to come. As 2020 draws to a close, Malin has released his most radio-friendly track to date: The Eye of the Storm. Excitingly, it now has a music video to go with it.

Filmed by Sam Holland, Malin sits alone in an empty room. Night gathers as he waits, wondering if his relationship will survive until dawn. We find out he and his partner are at a tipping point; they are about to enter the metaphorical ‘eye of the storm’ – the hardest part of a break up. Tea lights twinkle as he sings directly into the camera, his vocals soaring over tambourines and guitar strings. The result is personal, honest and bracingly impactful. Despite 2020’s constant news footage of abandoned high streets, empty office blocks, and signs tacked to student windows, it would seem that the image of a person alone, preparing to start again still resonates in the same way pre-pandemic.

As the track draws to a close, the chords pay homage to Eagle Eye Cherry’s Save Tonight. It is this, coupled with a glimmer of fairy lights and a turtleneck that wouldn’t look out of place in Love Actually that welcomes a feeling of nostalgia – the type only the festive season can bring.

Ultimately, it is this bittersweet feeling that bridges the gap between track and video, ensuring that it is one to watch.

How is the Eye of the Storm personal to you?

Eye of the Storm was inspired by personal experiences and truth. My favourite line is ‘tired of giving my all’, to me it summarises the story. It captures the final moment in a relationship when you’ve given up trying to fix and protect a relationship. It encapsulates the emotions, which manifest when two people who believe they have a life together, no longer have one.

What do you hope people will take away from the track?

With this song, I want my listeners to find a musical escape and for the lyrics to provide comfort to those who are going through or have been through a tough breakup. We have all been there where we have invested in someone, the journey, the affection and the time for it to come to an end. This is a song of letting go and trying to move forward.

Can you tell us a particular story from the filming or writing/recording process?

The track was filmed in the living room of a renovated house, which I lit up with tea lights. In the video it looks empty but around us are piles of books, magazines, vinyl records and furniture. After a couple of hours I found the turtle neck became a little warm but in the name of fashion and style I hung in there.

Do you have a favourite moment in the video?

I was hugely excited for the video to be released. I think it adds to the narrative and raw emotion of the song. My favourite section is at 2:18, when the bridge arrives, I am lying on the floor, head turned towards the camera. It sets you up for the outro as if a current is beneath you and your unable to control your destination.