THE very gorgeous Zoe Salmon proved thereâ€™s only one way to party in London recently and thatâ€™s to over-indulge in the best things in life.

She posted this pic on her Twitter saying: â€œHas anyone seen my champagne or brownie?â€ while out and about. 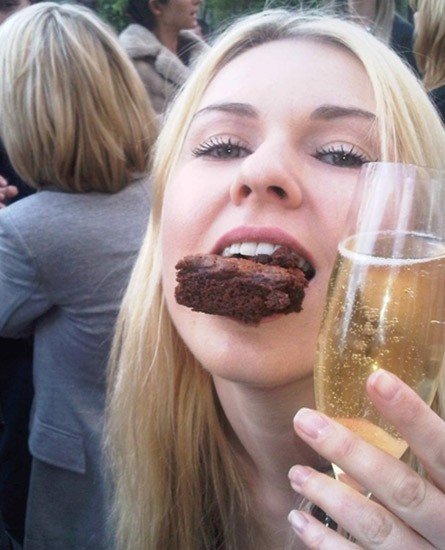 Zoe has definitely gone up in my estimation after this, proving she works hard to keep that fantastic body of hers and certainly doesnâ€™t buy into the size zero starving method.

COMEDIAN Dom Joly partied into the small hours recently with one of Northern Irelandâ€™s finest songwriters.

He was in London to present an award at the prestigious Ivor Novellos on Thursday night. 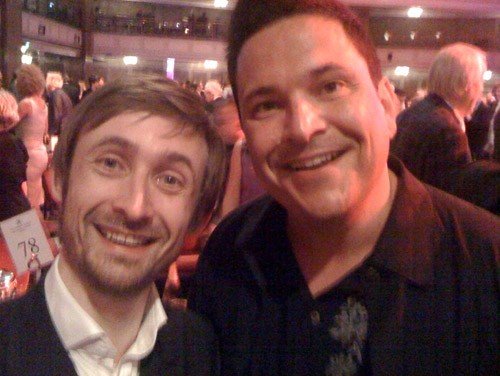 Dom bumped into Divine Comedy frontman (and genius in my opinion) Neil Hannon and apparently the wacky pair got on like a house on fire.
Dom said: â€œNeil Hannon, what a dude!â€.

Neil was performing at the awards with his band The Duckworth Lewis Method and although he was nominated he predicted he wouldnâ€™t win before the show.

He said: â€œItâ€™s an amazing thing and it rather floored us to be nominated.

â€œBut I doubt if weâ€™ll get past Mr Rascal or Mr Nutini, I think I know where my money is.â€

And for all you Divine Comedy fans Iâ€™ve great news, Neil and the band are set to release a new album Bang Goes the Knighthood. 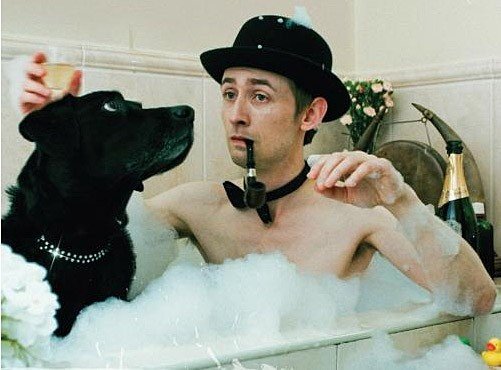 The first single Indie Disco according to Neil is classic Divine Comedy but will definitely have a progressed edge to it from previous work.

He added that it would still encompass his â€œunique worldviewâ€ and added: â€œThe Divine Comedy is releasing itâ€™s 10th album after 20 years. Itâ€™s got a nice synchronicity about it, 10 albums in 20 years, Iâ€™m almost 40.

â€œI think I still have the same sort of general angle. I like to come at things from an odd sort of idea, I like to write about anything that takes my fancy and that gives me a lot of ammunition. I never run out of ideas.â€
www.myspace.com/thedivinecomedy
By Tina Calder
Â©FAMEmagazine.co.uk