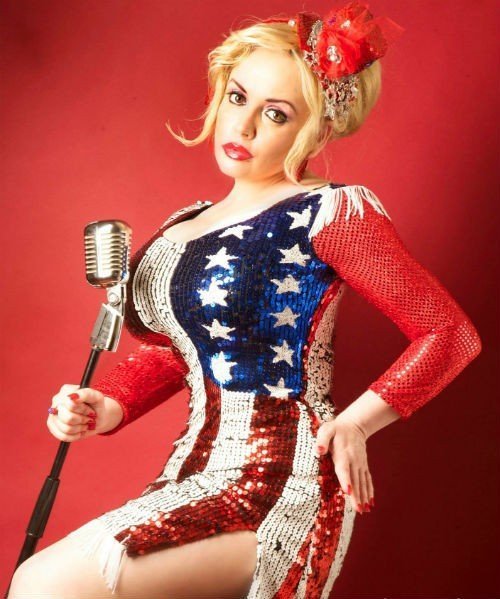 NORTHERN Ireland’s tribute to Dolly Parton is going back to school.And Donna Fleming who performs as the Queen of Country all over the UK and Ireland wants you to help her.

Donna is returning to Harding Memorial, Cregagh Road in East Belfast tomorrow (Monday 25) to help teachers, pupils and parents in the mammoth task of gathering thousands of votes to be in with a chance to win the opportunity to get much needed funding from The People’s Millions with UTV. 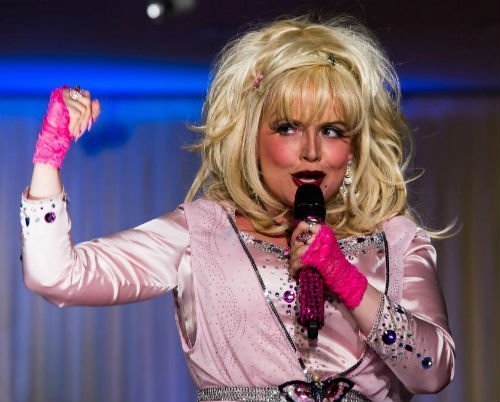 It’s been over 30 years since Donna remembers kick starting her performing career in the dismal playground in the grounds of the school.

“I loved Harding, I remember my primary school days well and although I had a lot of heartache when I was young I remember it gave me everything from friendships for life and comfort when I was hurting to being the first place I ever remember performing in public” explained Donna. 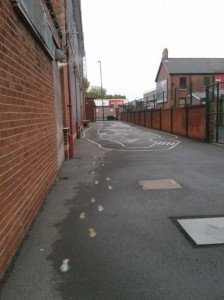 Now Harding Memorial are in desperate need of a new playground and they are sure if they win just a small slice of the The People’s Millions they will be able to completely redesign and refurbish the only space for children to play in the local area.

Donna said: “Harding is a good solid wee school. Its 100 years old for a reason. Its homely, but also forward thinking. Its the sort of school that forges links with people that last a lifetime.

“The teachers really care about each and every child. I remember my first day and saying the teacher I could do an ‘8’ and showing her I did it by putting two ‘0’s together…

She did a very good job of being very impressed and I felt like a princess all day and of course loved that teacher forever.”

Having now been in musical theatre, performance and theatre production and direction for over 20 years Donna, best known for her current Dolly NI Show, says she hopes other children will be able to get the same inspiration as she did for the next 100 years. 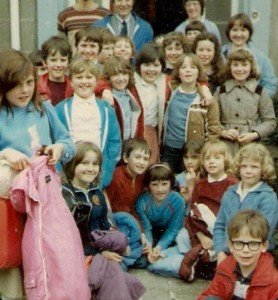 She added: “I joined the school age four and that November I was given the part of Mary in the school nativity and the little diva I am now was born. As a child I was in every play, every singing group, anything that would allow me to perform and sing.

“My friend Karen (Turner) Woods was telling me she remembers me doing a very convincing rendition of It’s A Mystery By Toyah at Harding, now I can’t remember but she assures me it was top notch.

“I joined every possible group in school that involved singing. In the picture, thats my class going on a Scripture Union weekend.

I remember sitting on a top bunk in one of the rooms and myself and Victoria Farr were singing the song Dream Dream Dream by the Everly Brothers. 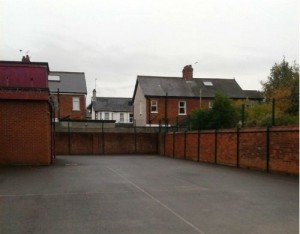 Victoria doing the harmony and I did the main tune. Everyone was quiet (for a change) then the teacher came in….we thought we were in big trouble. But typical Harding teacher, she said ‘Oh its you two singing, I thought it was the radio!’. We thought we were the bees knees.

“After that me, Deborah Walton and Caroline Wheelhouse developed a three part harmony to The Beatles called Twist and Shout, we even went round the houses at Halloween and sang our song, cleaned up..it was a hit.”

But it wasn’t just Harding’s encouragement of her love of music and performing that has grasped Donna’s heart over three decades after she joined the school.

When Donna was just seven years old in 1978 her dad Leslie Stewart was diagnosed with a brain tumor. For two years teachers, pupils and staff at Harding Memorial supported Donna through a difficult time.

“I feel a great loyalty to Harding because of what they did for me” said Donna, adding: “It was their good teaching and understanding that got me through a very difficult time.

When I was nine after several operations they brought my father home to die on August 18, 1980. Looking back I can see just how supportive the school were of me and my family. 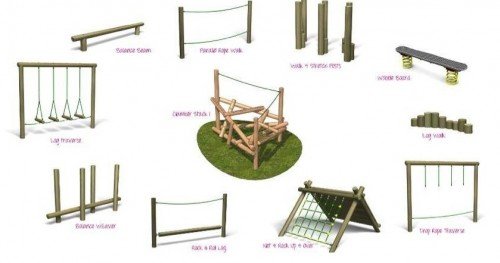 “I can see they were looking after me quietly, not making a big deal, and including me, although I had missed far too much school sometimes due to my circumstances at home. This along with the fact I have life long friends and family who have attended the school or still do.

I want to help. I think 100 years is quite enough for the playground to stay the same..its time to do something about it. Kids have nowhere to play and helping the school get votes is the least I can do.”

MONDAY NOVEMBER 25 UTV will release the voting line numbers and Harding supporters will scramble to the phones to cast those all important votes.

Donna is hoping people all over Northern Ireland will help Harding raise as many votes as possible to be in with a chance of giving the 100 year old playground a makeover.

To vote all you have to do is log onto facebook.com/DollyPartonNi MONDAY NOVEMBER 25 where Donna will be advertising the special number released by UTV to cast your vote.

Donna added: “You can vote up to 10 times and whether you vote once or all ten I know the parents, teachers and surrounding community of Harding Memorial will be grateful of every single vote.

And of course if Harding win their slice of the People’s Millions Donna has promised to bring her Dolly Show to the school in celebration.