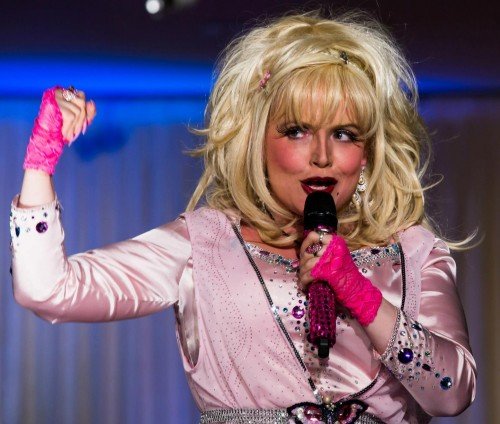 Northern Ireland’s only Dolly Parton tribute Donna Fleming may burst on to the stage as the effervescent country star but last year the singer was hiding a secret heartache every time she stepped into the spotlight.

As Donna, 41, a former musical theatre star, put on her Dolly wig and sparkly dress for every performance at the end of last year she wasn’t consumed by the thought of pre-stage nerves or stage issues.

As the thick red Dolly lipstick went on all Donna could think about was her mother Eileen who lay dying. 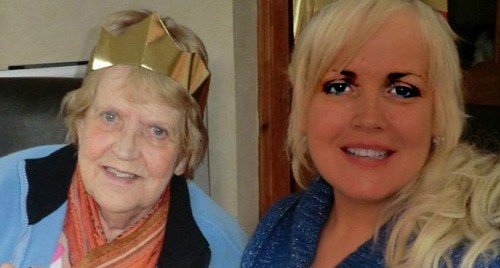 Choking back the tears Donna revealed: “My mum was so proud of everything I had achieved, especially my performance career so throughout the whole time she was ill I made sure I didn’t cancel a single performance because she would have been so disappointed.

I would literally go from the hospital to the stage.”

Donna’s dedication to the old theatre adage “the show must go on” was so strong that she even performed at Comber Care Home where her mum was a resident on the day she died.

“I had promised mum I would perform for the residents of her care home when she got out of hospital” explained Donna. 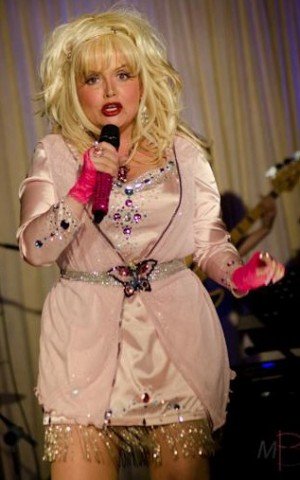 “They were all so excited. But the day I was due to go in I knew my mum was much worse.

As I put on the Dolly outfit and psyched myself up I knew there was a chance I wouldn’t make it back upstairs on time to see her before she passed away.

“But I couldn’t let the residents down, they were really looking forward to seeing me perform so I plugged in my amp, pressed play on the laptop and launched into my Dolly persona.”

As Donna sang and performed Dolly’s best known classics from 9to5, Coat Of Many Colours, I Will Always Love You and Jolene she knew her mum was upstairs just metres away from her dying.

“I just couldn’t let those elderly and ill people down” said Donna.

“It broke my heart not to be with my mum. To this day I will never fully understand where I got the strength to perform that day.

But I knew my mum so well and she would have been disappointed in me had I have let those people down. I suppose you could say my strength came from her.”

For Donna performing the gig meant she could achieve another dream, to let her mum see her as her alter-ego Dolly Parton.

She said: “Thankfully I did get to her in time, she seen me as Dolly and said. ‘you got those from your Aunt Maureen’, referring to my boobs, she had her sense of humour right to the end.

“Then she said ‘I’m so proud of you’. She was semi conscious, it meant a lot to me to hear that. I got changed back into my normal clothes and sat with her and my sister Maureen. 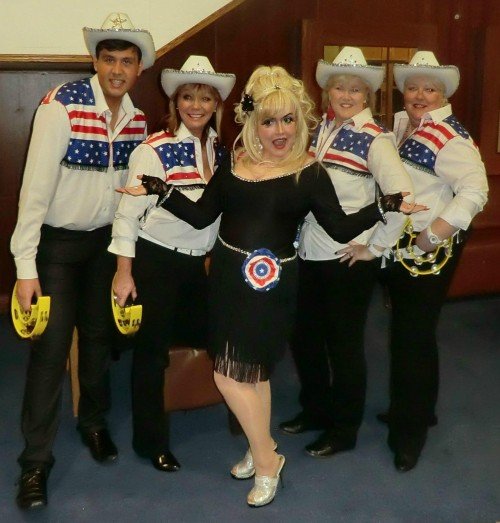 “Mum then asked me to lie beside her and I did. Then she said she was too warm so I sat and stroked her hair

“Maureen said ‘mum you know we are both here’ she replied, ‘yes’ I said ‘mum we love you’ and she said she knew and loved us….it was so good to hear.

“I have performed in full houses in the Ulster Hall, on cruise liners, Grand Opera House and countless more but I never ever felt as humbled as I did doing that wee show for those residents. They were all holding their hands out to me to hold and I did. 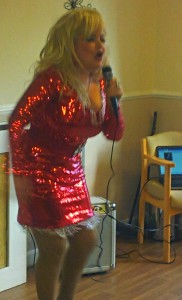 I know I made a difference in their day. I know I made my mum proud, she even had my poster beside her bed. I did it for her. I’m glad I did it and I have no idea what helped me to get through it.

“Comber Care Home provided the best and most detailed care I could have wished for. My mum passed away on December 7. She was as comfortable as humanly possible during her last days. The best the staff and us as a family could provide. The staff were only too willing to help.

“I couldn’t have done any of this without the support of my sister Maureen who travelled from her home abroad to spend mums final days with her. I’m exceptionally lucky to have great friends and extended family who supported me throughout and who were by my side at the funeral.”

Donna’s heartbreak at her mum’s illness and subsequent death wasn’t her only struggle before getting on stage.

The mother of two, who owns a musical theatre academy and tribute act bookings agency, suffers from ME (Myalgic Encephalomyelitis), a fluctuating neurological disorder caused by multiple symptoms which sees her confined to her bed, exhausted, unable to concentrate and in pain over 70% of her time. 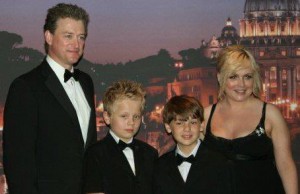 However, Donna confessed she will battle her illness to perform for as long as she can.

“I love performing. And the way I see it is that I would be wrecked anyway and in my bed, even if I wasn’t doing a Dolly show” she said, adding: “I go onto various forums to talk to other ME sufferers, and it’s so, so sad.

For some of them, it’s their lives. It’s all they have. I don’t want to be like that. It’s an awful thing to say but I’d end up dead if I thought my life was just all about ME.

“The cruellest thing is my mind is still active, it’s just my body that isn’t. And yes, I’ll suffer after a show, I’ll feel like I’ve been hit by a car. But I just have to perform.”

Meanwhile, Donna is currently working on bringing her show to the US and throughout Europe.

“I have new agents in both Europe and America” she said.

“I now have gigs being confirmed in Spain, America, throughout the UK and Ireland and it’s amazing”.

And as Donna’s own tribute career takes off she admitted she couldn’t do it without the support of those closest to her.

She said: “I have a PA (Philip Davidson) now to deal with Premier Musical Academy and Premiers Events and thanks to the support of my husband Johnston and my two boys Scott and Jack I haven’t had to cancel a single booking due to my illness. They are very supportive and understanding.”
facebook.com/UK-Premier-Tribute-to-Dolly-Parton-Based-in-Northern-Ireland/
dollythebandandthebirds.webs.com/
Exclusive by Tina Calder ©FAMEMAGAZINE.co.uk