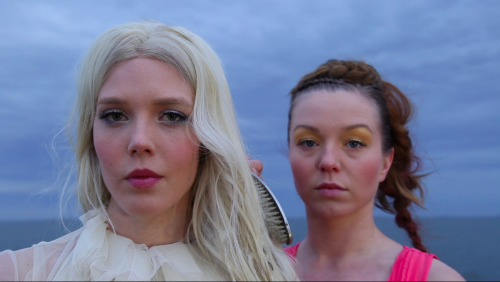 Paoro, perched on a rock near the sea surrounded by attendants, provides the story’s emotional narration. Two women with long blonde hair prepare for a wedding-like ceremony on a subarctic beach. 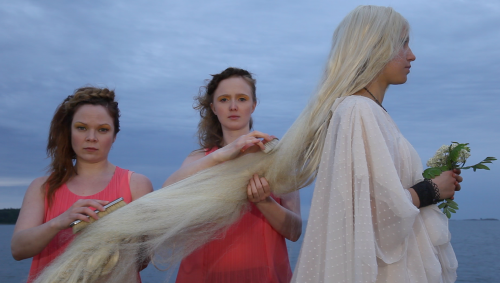 Interlaced throughout is a series of tableaux-like images from the past in which we estabish the increasingly intimate nature of their relationship.

The women know they are about to be united, figuratively. But they soon realize they are literally bound to each other: Their locks have merged, growing from one’s head into the other’s, with about ten feet of hair between them.

Both are now faced with the difficult decision to cut their hair and set themselves free.

‘Body Games’ was shot over the course of three otherworldly nights this past June in Lautasaari, Finland, where they were able to exploit the phenomenal Nordic midsummer light and an atmosphere rich with myth and mysticism.