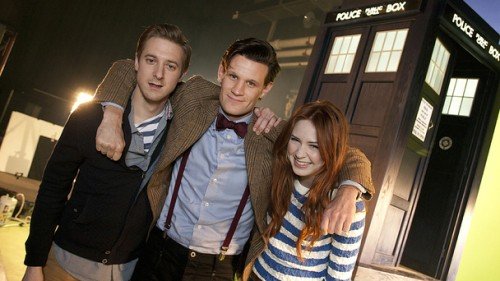 Filming has just started on series seven of Doctor Who in Cardiff. This series will see the last days of the Ponds with Karen Gillan and Arthur Darvill returning for their final, rollercoaster voyage with The Doctor.

Amy and Rory have been at the Doctor’s side for more than two series but what will he do after their heartbreaking departure?

On returning for his third series as the Eleventh Doctor, Matt Smith says: “It’s thrilling and exciting to be back and working with two of my closest friends.”

Karen Gillan adds: “It’s just brilliant to be back on the TARDIS with Matt and Arthur for our craziest adventures yet.”