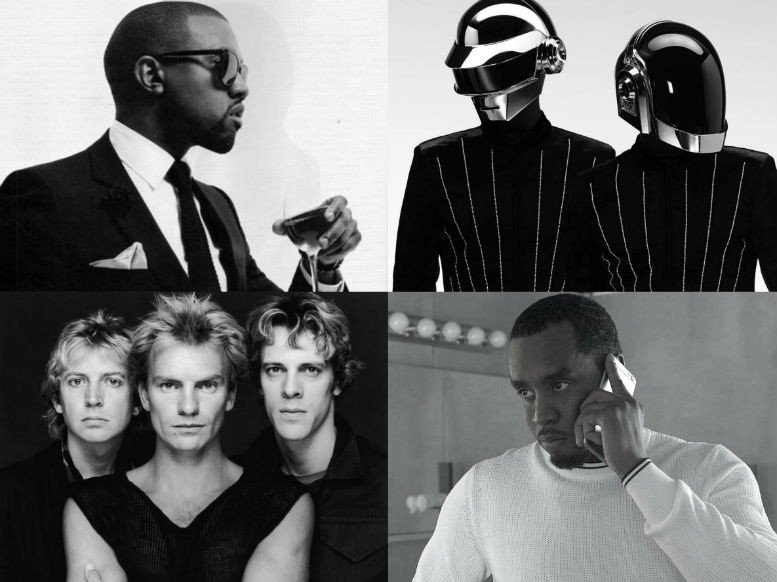 Music sampling is often meant as a tribute to a favorite song or a way of looking at an iconic track in a different context. Sometimes the song doing the sampling far surpasses the song being sampled in popularity, while other times the older song continues to dwarf the imitator in the minds of the public.

The Billboard Hot 100 chart is one way of ranking the relative popularity of songs that were sampled and songs doing the sampling. Sometimes a surprising gulf emerges between the two. For example, Kanye West’s “Stronger” shot to number one on the Billboard Charts in 2007, while “Harder, Better, Faster, Stronger” by Daft Punk never charted at all.


Other samplers and samples are more egalitarian. Puff Daddy’s “I’ll Be Missing You” and “Every Breath You Take” by The Police both hit number one on the Hot 100, more than two decades apart.


Find out more about songs used for sampling and songs that incorporate samples on the infographic. 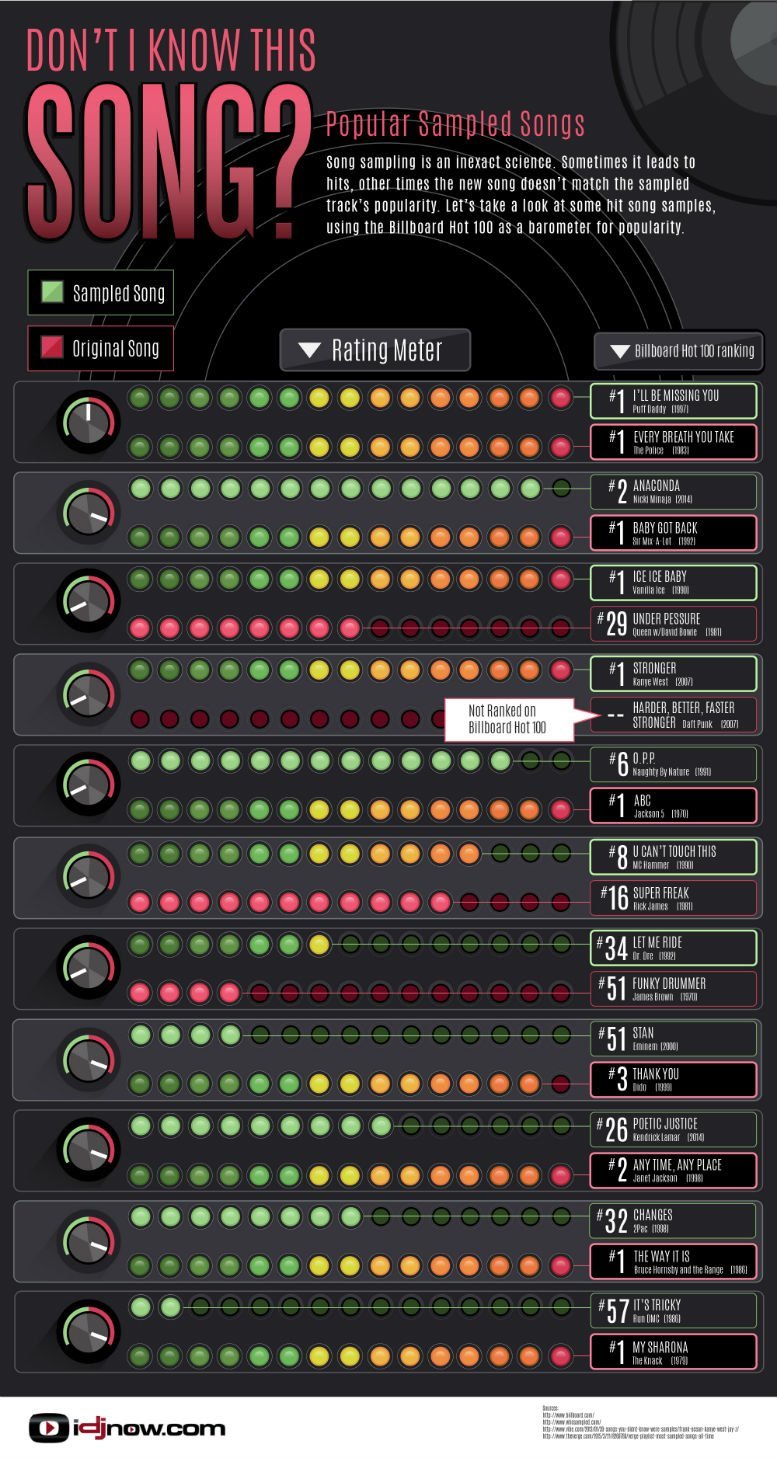