One of Northern Irelandâ€™s top radio presenters is urging people from across the province to literally â€˜riseâ€™ to the challenge of the 2010 Deep RiverRock Belfast City Marathon.

Maurice Jay, who hosts U105â€™s hugely popular breakfast show, will be stepping out from behind his microphone this coming May Day Bank Holiday (3 May) to captain a celebrity relay team in the countryâ€™s biggest participatory sporting event.

â€œIf I can do it, anyone can,â€ quipped Maurice, who will be joined on the team by fellow broadcaster John Daly, top chef Jenny Bristow and up-and-coming young Irish athlete Ciara Megeann. 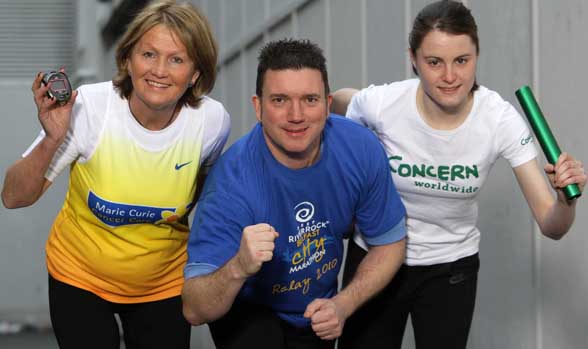 The team will be running to raise money for the Marathonâ€™s two official charities, Concern and Marie Curie Cancer Care.

â€œWith one notable exception, weâ€™re not exactly the fittest of teams, but this is what the Marathon is all about â€“ people coming together, having a bit of craic and raising money for their favourite charity.
â€œSo, why not join us on May Day and do your bit?â€ 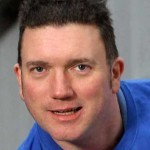 In addition to the full Marathon, there is a hugely popular team relay event, a walk and a fun run. Further details, including online entry and training tips, can be obtained from www.belfastcitymarathon.com.

Deadline for entries is Friday 16 April, although entries received after 26 March are subject to a surcharge.