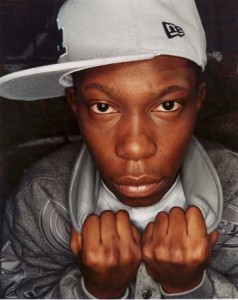 Dylan White’s crusade to bring back Top of the Pops has moved up a gear after the plugger rounded up stars including Dizzee Rascal, Calvin Harris and Sophie Ellis Bextor to join the campaign.

The three artists, who have lined up alongside industry heavyweights such as Sony Music UK chairman and CEO Ged Doherty and Mute Records chairman Daniel Miller, were among a number of musicians who signed Whiteâ€™s petition at the recent Ivor Novello awards.

Other signees calling for the return of the iconic show in a â€œtween-friendlyâ€ TV slot include Guy Garvey, Betty Boo, Sharleen Spiteri and Bernard Butler.

White says it is particularly appropriate that Dizzee signed the petition because there is no place on the mainstream TV schedules for him to plug his number one hit Bonkers.

â€œThe mad thing is, if you search Facebook for TOTP tons of groups come up all saying, â€˜Bring it backâ€™â€, he explains. â€œBut no one is offering a solution. That is where I step in.â€


White argues that TOTP should return in a post-Blue Peter slot that appeals to a young audience and says that he has â€œyet to be out argued on the practicality of itâ€.

White explains that a trip to the recent Radio One Big Weekend festival, where he saw JLS perform, further convinced him of the need for Top of the Pops to return.

He adds, â€œWe all know that without any help from the BBC [JLS] are going to be massive as X Factor 09 will give them the exposure they need. But what is the perfect BBC programme missing from the schedule that this new generation of music fans could watch and see their idols on?

White suggests the BBC1 schedule should run Blue Peter, Newsround and, on one day of the week, Top of the Tops, a run of programming he believes will keep â€œthe tweens on the BBC as opposed to them switching channelsâ€.

Calvin Harris “there is no where to gloat”

Mark Ronson, Dizzee Rascal, Calvin Harris and Sophie Ellis Bextor are just a few of the stars that have signed Dylan’s petition TO BRING BACK TOTP.
sign the petition