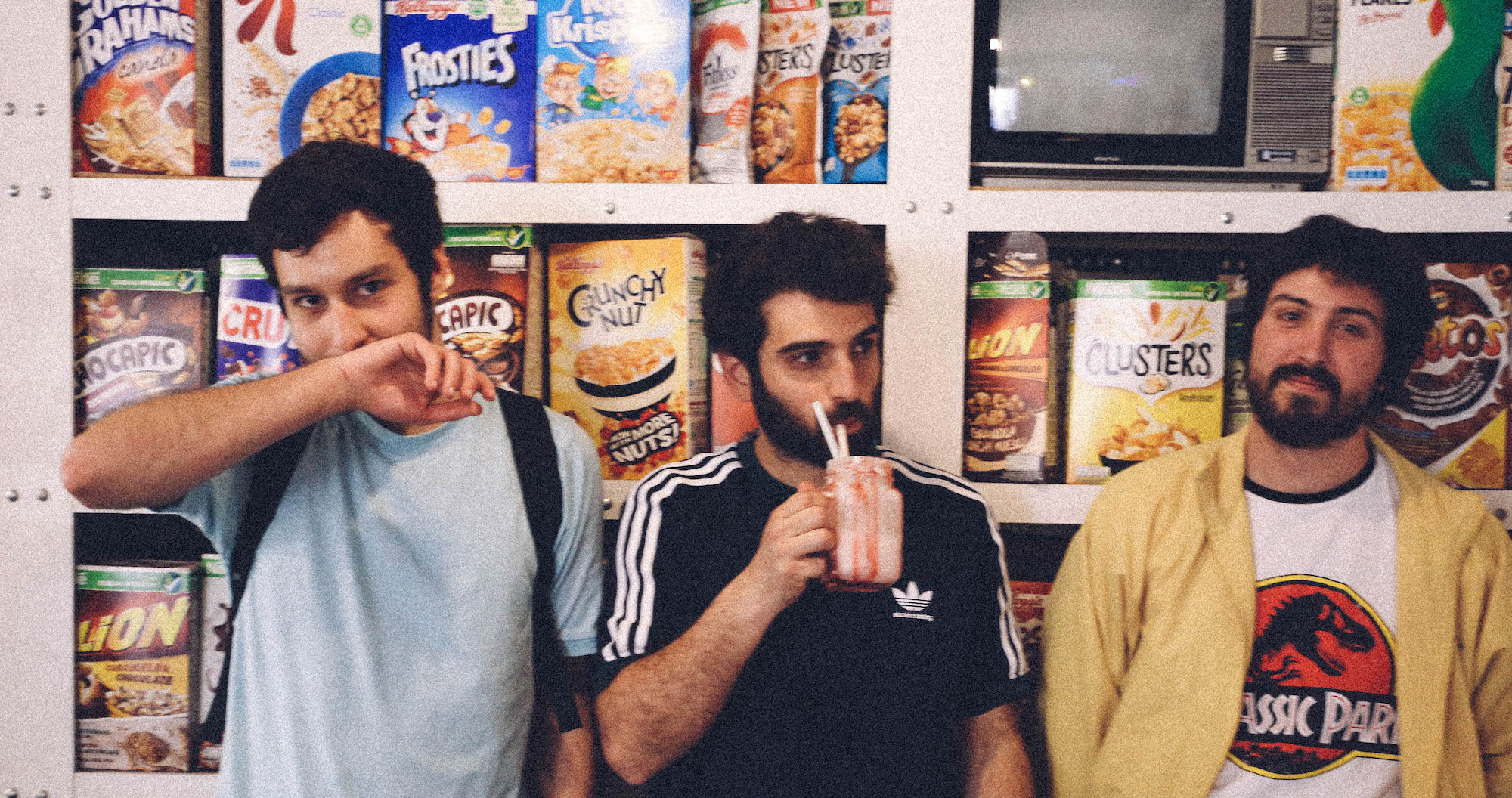 The first album I ever bought was ‘Songs about Jane’, by Maroon 5. I think I was about 10 or 11 years old and I liked ‘This Love’ and ‘Sunday Morning’ a lot lol.

Kinda hard to pinpoint exactly who they are because its an ever-changing list, but we are very much into music where the technical imperfections are not sugarcoated and the human side really shines, like The Velvet Underground and Pavement and Cornelius, and music with a lot of emotion like Animal Collective.

Comic books! They are a really cool medium to portray human emotions but in a fantastic scale, and they can really impact you.

Tell us about your new single for Andy Kaufman?

Well, we were starting to realize that whenever we played our songs live we played them in a heavier and faster-paced way. I guess we had that in mind when we wrote Andy Kaufman, because now when we play it at shows people really dig it!

We’ll be releasing a new EP in April, and other singles until then. Also, we are going on our second European Tour (!) catch us out there between April and May.