Oscar-nominated director Mike Leigh has given his backing to The Big Arts Give, the online fundraising campaign in which QFT is aiming to raise Â£5000 from Monday 6 â€“ Friday 10 December 2010.

Celebrated worldwide for his work as director of such QFT favourites as Vera Drake, Another Year and Secrets and Lies, Mike Leigh said:â€œThe QFT is a great film theatre, which I have much enjoyed using over the years. I fully support the cinemaâ€™s involvement in The Big Arts Give, and hope it continues to go from strength to strength.â€ 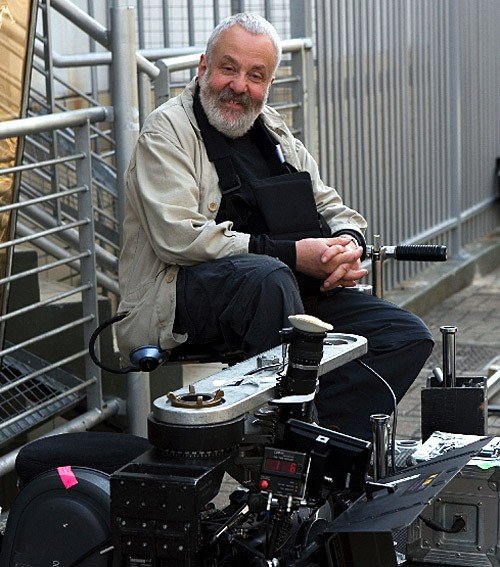 A regular award-winner at the Cannes Film Festival and winner of three BAFTAs, Leigh is just one of the many high profile cinema figures who have visited and supported QFT.

During its 42 year history, QFT has brought the work of many other great directors â€“ such as Martin Scorsese, David Lynch and Ken Loach – to Belfast audiences for the first time and has been honoured to welcome many of them in person.

Michael Emmerson, who co-founded QFT in 1968 has also added his support to The Big Arts Give:
â€œOf all the things of which I am most proud in my life, one of the most important is the establishment of the Queen’s Film Theatre.

The fact that it has survived and thrived for the last forty years is a testament both to its value to the community and to the excellent management which it has enjoyed over all these years.

If QFT is to last another forty years it needs your help now – so please give generously to ensure that it continues to bring the best of cinema to Belfast.â€

Offering local audiences the only real alternative to the multiplex, QFT is the only specialised cinema in Belfast dedicated to showcasing independent, classic and world cinema and reflecting cultural diversity.

Without QFT, audiences would have to travel to Dublin for any similar cultural cinema experience.

Last year was a record year for QFT, as 87,000 patrons including almost 6,000 children and young people engaged with film through QFT.

As the moving image becomes more embedded in the school curriculum, the QFT Education and Outreach programme is even more important as a unique resource for film-lovers of all ages, offering a range of introductory talks, workshops and other activities to complement film screenings.

The team at the cinema also works closely with creative partners, galleries and museums to present film to new audiences in an exciting and accessible way.

QFT has strong links with local charitable organisations and creative collaborations with Autism NI, Unite Against Hate and Outburst amongst many others which reinforce its commitment to the local community.

The Big Arts Give is open online from 10am on Monday 6 â€“ Friday 10 December 2010, so please note those dates in your diary now!

To take part, please log on to http://www.thebiggive.org.uk/donate/qft on Monday 6 December and donate whatever you can. A range of campaign events will be taking place at QFT throughout the week.

Every penny you donate through The Big Arts Give will go directly to support the work we do at QFT. Your gift will help us deliver to the highest standards – from the films we show, to the projects we undertake; from our support of local film culture to the quality of our projection experience.

Further information on The Big Arts Give is available from www.queensfilmtheatre.com/thebigartsgive