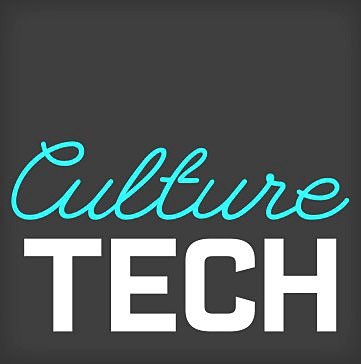 As major digital event CultureTECH gears up to take over Derry/Londonderry (Aug 29th-Sep 1st, 2012), Fame caught up with festival organiser Mark Nagurski to learn more about this celebration of all things digital.

With CultureTech covering everything from TV to music and gaming to animation, we were curious about what this event will be like to attend and just how much work goes into planning something of this magnitude.

With 70 guest speakers from the UK, Europe and USA and over 600 attendees (to date) signed up, this is an event we simply needed to hear more about.

Hi Mark, firstly whilst we have already written briefly about the festival, perhaps you could elaborate a bit for us and explain just what CultureTECH is?

CultureTECH is a four-day celebration of digital tech, media and music that takes place in Derry at the end of the month. It’s a combination of an industry conference with over 70 speakers and a music festival with nearly 50 music acts with a few film screenings, digital street artists and a games tournament thrown in for good measure.

The impressive music lineup includes Derry’s own The Japanese Popstars and a free, public performance from Duke Special.
Did it take a long time to plan the festival, did you hit any major obstacles along the way?

We first starting kicking around the idea a little over a year ago after coming back from SxSW. We loved the mix of digital media and music and figure there wasn’t any good reason we couldn’t do the same thing in Ireland.

It took until the beginning of the year to get the ball rolling properly and we’ve been working on it solidly for about 3 months now. Surprisingly, apart from the usual issues with booking speakers and acts, we haven’t had any major issues. Our sponsors all bought into the idea early on and everyone’s be really keen to help out. 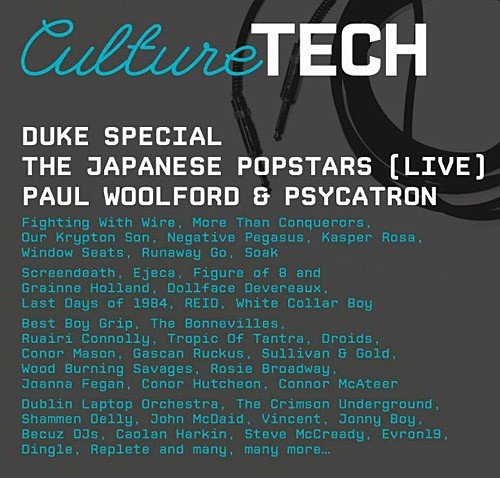 Who will be attending the festival?

As you can guess from what’s happening at the event, it’s a pretty mixed bag of attendees as well. We’ve got industry pros from TV, music and the web alongside people from the arts / cultural sector. Then there’s the wider lineup of music acts and gaming events which are open to anyone and everyone – we’re expecting about 8-10,000 people overall.

The mix of people is one of the main points of the event – we want everyone to break out and meet new people from different industries and backgrounds. There is a little something for everyone in the lineup and we’ve gone out of our way to make it as accessible as possible – the full festival pass is only £49 and for people who just want to dip in, nearly all of the the events are £5 or under.

We know that you plan to have speakers from across globe in attendance, what will they be offering the delegates attending?

Having great speakers is great but we’ve really pushed to book people who wanted to hang around, check out the festival and meet the delegates. So hopefully delegates won’t just learn from the speakers but also get a chance to meet them, hang out a build relationships. 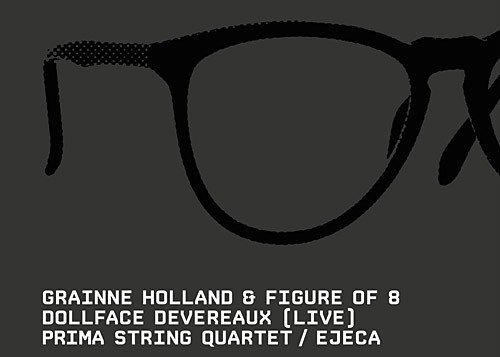 Is Northern Ireland a hotbed for digital technology?

It’s starting to be. Northern Ireland has always had a great creative base in areas like music, drama and the arts. Digital tech is increasingly a big part of that, not just in Northern Ireland but everywhere, so what’s happening now is a natural evolution of creative people using digital tools to express themselves or market and distribute what they create.

It means that we’re starting to see a very exciting crop of young companies in digital publishing, music technology, gaming, animation and TV – but for us, it all starts with the creative talent.

So this is the perfect showcase for up and coming companies, or people with exciting projects then, what could they achieve by attending?

Profile and connections. It’s going to be a busy few days but for companies that are willing to hustle, there’ll be hundreds of connected, influential people there to talk to. We’ve created a lot of demo and showcasing opportunities for companies and I know of several who are launching new products or hosting their own events in and around the festival.

How did the festival come to life, did you receive any special funding or support?

We’ve had a great group of companies and organisations get behind the festival. It’s grown out of work we have been doing over the last two years with local stakeholders and digital companies, so there was a base of good relations to start with.

The Londonderry Chamber of Commerce was been a huge help, providing office space and staff to help out. Derry is starting to see the digital sector a huge regeneration opportunity for the city – so we’ve been excited to see so much civic and commercial support.

With so much of a push on digital changeover’s (TV & Radio) it must mean everyone is competing to find new ways to improve the product/idea, is competition tough in this industry?

It is, but that’s what makes it exciting. There is always something new launching or new technology changing an existing industry – and hopefully we’ll have some of that on show at CultureTECH.

Have you already begun work on a 2013 event?

We have. All I can say for now though is that it’s going to bigger and better.

Can people still apply to attend, or even do so on the day?

Of course, the more the merrier. Tickets are available on the website for £49 (£29 for students) which covers the conference, music and film screenings – and if there is any room left we’ll have some tickets on the door for individual music gigs.

Good luck Mark,I am sure our readers will enjoy learning more about this industry and the exciting times ahead.