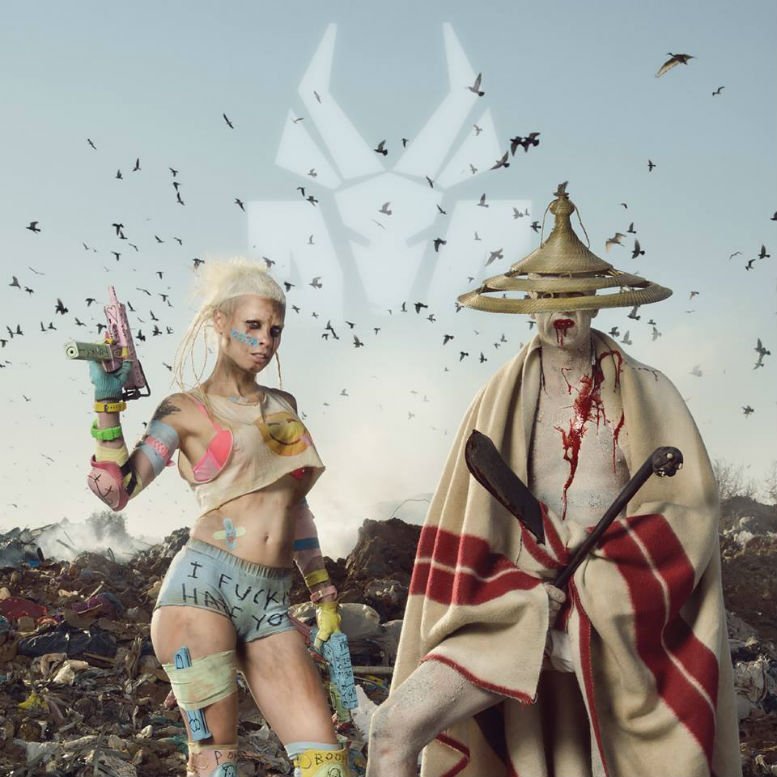 The duo explains: “When Ninji, ¥o-landi and God hooked up with The Black Goat and started recording Die Antwoord’s 4th album around 2 years ago the mood of the tracks we started banging out was rough and tough and mischievous and wild and hard and dark and at that point we were going to call this album RATS RULE, because in life you get the champions and the underdogs and in our minds we sometimes feel like 1 level below the underdogs in this fucked up pop world, but we also know our time is coming, and soon we gonna take over this whole bitch…”

“So anyway, then we made some more tracks and the core of the album stayed all dark and ratty but a new layer oozed out around our dark core that was kinda mental and lunatic and random and juicy and 2 much fun and so we changed the name of our album to WE HAVE CANDY.” 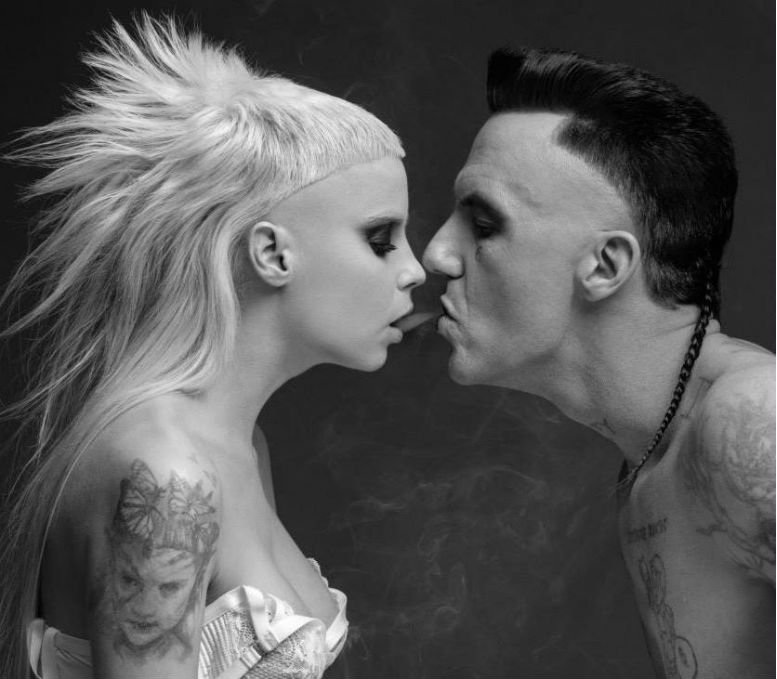 “Then recently while we was finishing up this album another layer exploded out of our dark wild juicy core like a giant supernatural mega aura and suddenly our album was so epic and sometimes vulnerable and sometimes sweet and romantic and so brave and full of mystery and win. Like when you going through hell, and the mission feels impossible, but you not allowed to fail, and all you can do is keep your chin up and keep going, then when you least expect it you emerge from this dark never-ending hole, and… you made it!

And you can’t believe it, and you’ve changed inside and you’re better and stronger and calmer and more fun than you were before you journeyed merrily in2 hell. And as we stepped out into the light, a little bruised and battered, but still ok, we blinked and tried to focus then looked at each other and laughed out loud. Then ¥o-landi said, “Why don’t we call the album MOUNT NINJI & DA NICE TIME KID?” And Ninji’s shoulders relaxed and he slumped back into his chair and said, “You a fuckin genius! I love you!” –