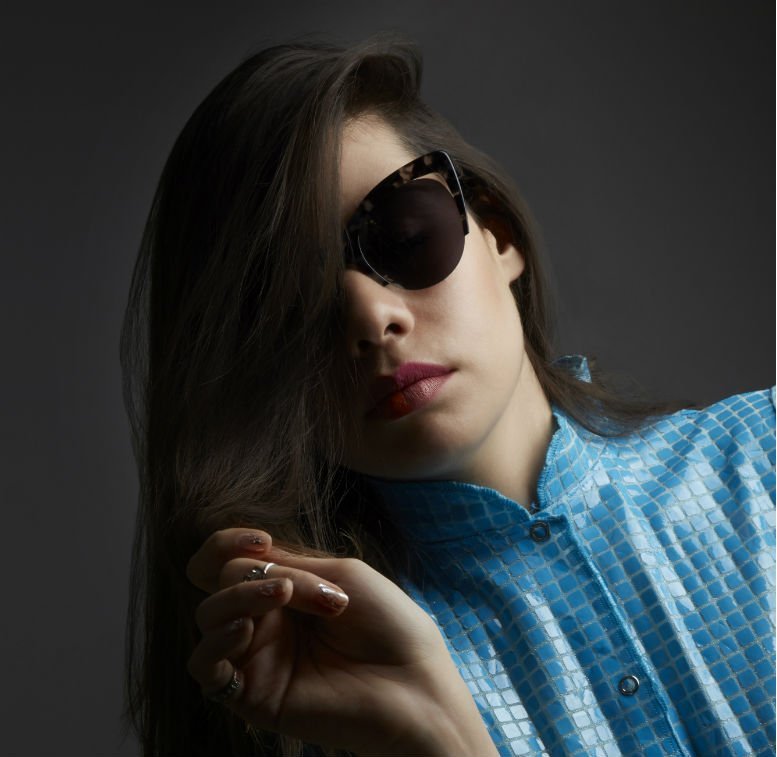 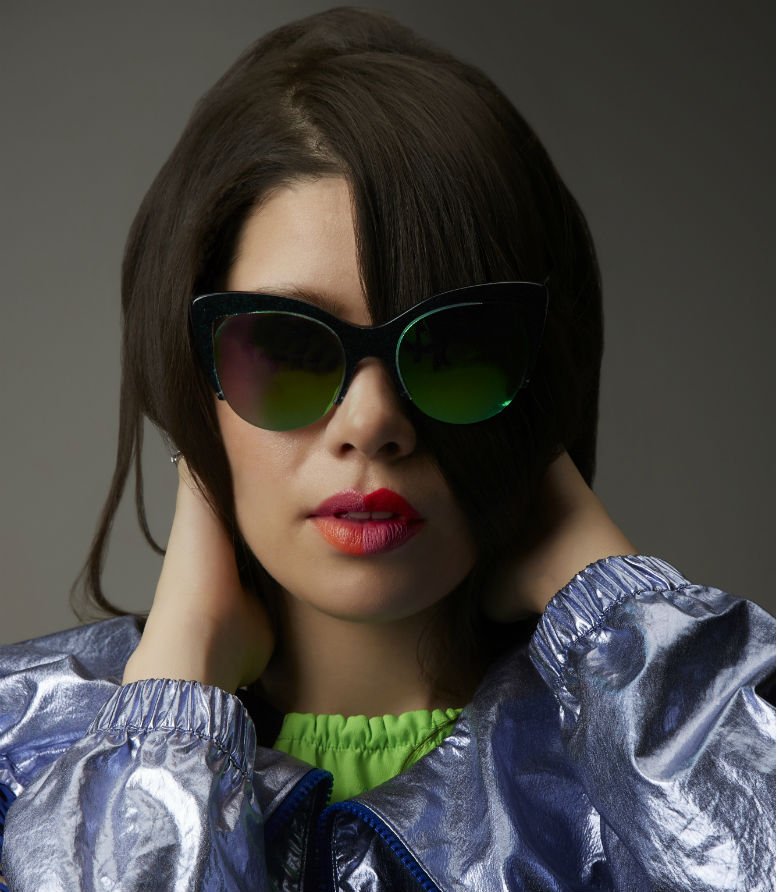 London based EDM intriguing artist Di, makes “words dance like a swirling whirling dervish”. Now she opens up to FM about her wonderfully controversial and bizarre track/video ‘Opium’ (inspired by Karl Marx’s quote “Religion is opium for the masses”). The track – available to the dancing masses on 26 August, via hot new label, Jellify Records – comes with smart remixes courtesy of Todd Terry, Justin Wilkes and Rich B & Phil Marriott.

Hello Di. How are you today?

Hi Fabrizio. Hope you don’t mind I leave my shades on… your camera flashes are just too bright. I’m good, thanks – basking in the summer sun and reliving my childhood through the annoyingly addictive Pokemon Go. I tried to stay away but the Pikachu voodoo worked its commercial magic on me.

Why did you decide to make ‘Opium’ ? What’s the idea behind it?

There was no decision to make ‘Opium’. It wasn’t premeditated or ‘brainstormed’ in some kind of industry meeting. It just happened and like most things that “just happen”, the whole process turns into one big creative blur. The song is about masking disillusionment in a frivolous way. The chorus lyric was inspired by Karl Marx’s thoughts on religion being like an opiate. He said, “Religion is opium for the masses”. I think he saw religion as a negative – something to keep people sedate. I don’t necessarily agree with that – I think religion/spirituality in the wrong hands can dim the lights but in the right hands it can also be a beautiful thing that elevates our consciousness – taking us to HIGHer places(!) I guess the reason why Marx’s opium analogy struck a chord with me is because it's contentious and therefore, makes people think/debate. We’re living during crazy times – as beautiful as the world can be, a lot of attention is being placed on the madness and the ongoing disillusions. The world we live in now with all the caricatures we watch on the news wouldn’t seem out of place in a Kurt Vonnegut novel and through the song I’m saying we need something LIKE opium that chills everyone out. I couldn’t bring myself to write an anodyne song about having fun on a beach or finding ‘love’ in a club, not in the current scheme of things. 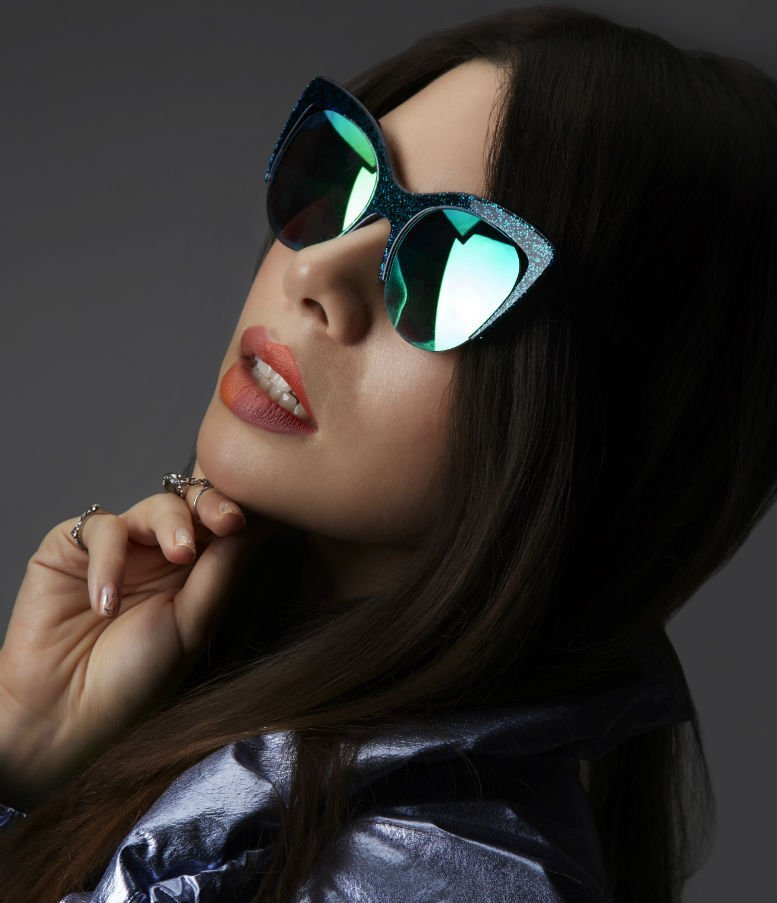 Now, for the video – decisions were definitely made for this. I directed it with a good friend, Arthur Gourounlian, and we decided to make it as outrageous as possible. I like the power of certain words and ‘opium’ holds power – whether it conjures up images of junkies in a dark alleyway, or the smoke and mirrors glamour of the YSL perfume ad, either way it’s a loaded word. When you’ve got a track called ‘Opium’ visually you want go hard or go home and for me for me as depicted in the video, Opium conjured up images of a plump lady living in a rainbow of colour and opulence doing the dirty in secret. I liked the whole contradiction/humour/hypocrisy/absurdity of the situation. Ursula, our somewhat mythical actress rocked the video! Arthur and I fell in love with her.

Making words dance like a swirling whirling dervish for hours and hours.

The best is the LIVEness of it all. Synchronising your music with an audience. Good energies intertwine and it’s a two way interaction like a magical ping pong game where the music is the ball that holds the power and momentum. Sometimes, the worst is trying to walk on sticky beer stained floors – one assumes the gait of a diver at the bottom of the sea.

My dreams are quite weird – wouldn’t want to open that Pandora’s box! My ultimate goal is pure, real and unadulterated happiness.

I have lots of musical influences but one person I come back to consistently and without fail is David Bowie. I love his story and his prolific body of work.

The more I make Bowie discoveries, the more I’m in awe of his genius. Oddly enough, I didn’t pick up on Bowie when I was child but he was there subliminally. For instance, as a child I loved the scene in Clueless where Cher gives a whole spiel on greasy haired guys wearing their baggy jeans super low and ‘All the Young Dudes’ (a song written by Bowie for Mott the Hoople) is playing in the background. Weirdly, enough that scene and song stuck with me and now that I’m a bonafide Bowie super fan I can connect the dots and see the reasoning behind that. (On a side note, movie soundtracks have always been a great way of exposing me to music). As for non-musical influences I can think of two really random ones – Catherine Deneuve, the coolest icy blonde in French cinematography and Rumi, the 13th century Persian poet who feeds my soul.

An undulate ray. Not that I can discern much from an undulate ray’s personality…apart from they seemingly smile, they’re quite mysterious, a bit electric and a rare underwater species.

With this project I’ve been cocooned in the studio and incubating my songs so they can float like butterflies and sting like bees. So far this whole thing has turned into an internet affair so I have no idea about the next show – it’s all a bit unchartered but if and when it does happen, do pop by FAME… x