With their first album in 20 years â€œSomething for Everybodyâ€ set for a June 14th release, DEVO have announced that they will appear in the hit animated series FUTURAMAâ€™s 100th episode special.

The episode will see DEVO campaign for mutant rights. Leela’s parents are second-class, mutant citizens who live underground in the sewers, the members of Devo have mutated over the years, while vocalist Mark Mothersbaugh helps out with their campaign for equality. 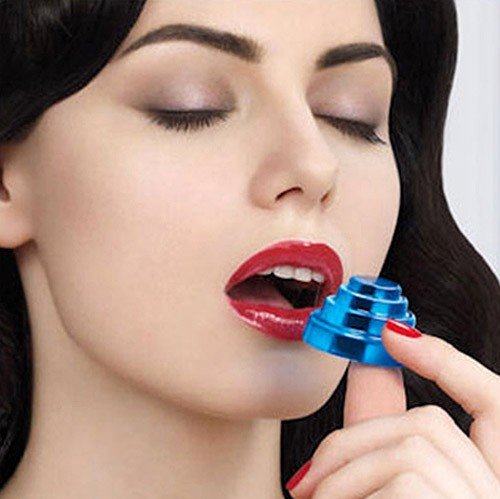 DEVOâ€™s new album â€œSomething For Everybodyâ€, featuring the single â€œFreshâ€, is released by Warner Bros. Records on June 14th in the UK (June 15th in the US).

“Thirty years ago, people said that we were cynical, that we had a bad attitude,” says Devo’s Mark Mothersbaugh. “But now, when you ask people if de-evolution is real, they understand that there was something to what we were saying.

Itâ€™s not the kind of thing you want to see proven right, but it does make it easier to talk about.” 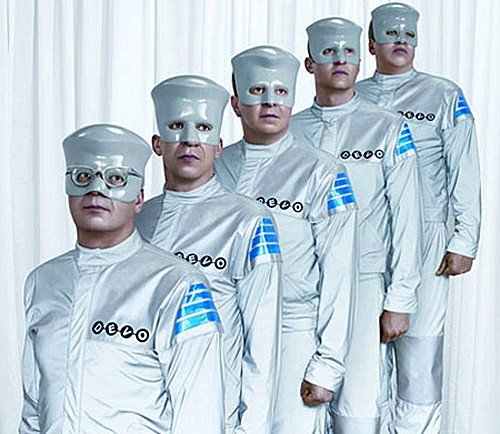 “The world is in sync with Devo,” says his band-mate and co-writer Gerald Casale. “Weâ€™re not the guys who freak people out and scare them – weâ€™re like the house band on the Titanic, entertaining everybody as we go down.”

And so, now is the time. More than three decades after the release of their visionary debut, Q: Are We Not Men? A: We Are Devo, and a full 20 years since their last studio album, Devo is back with the aptly titled Something for Everybody.

Produced by Greg Kurstin (The Bird & The Bee), the album also includes contributions from John Hill and Santi White (better known as rising hip-hop star Santigold), John King of the Dust Brothers, and the Teddybears.

Though the 12 songs on Something for Everybody are built on Devo’s signature mechanized swing, the recording and presentation of the album saw the band experimenting with an entirely new approach.

Greg Scholl was brought in to serve as COO for Devo, Inc., and – working with the advertising agency Mother LA – conducted a series of studies through the www.clubdevo.com site to help the band with its creative decisions, from color selection to song mixes.

“We decided to actively seek comment and criticism from outside people and use that as a tool, rather than shunning or ignoring it,” says Gerald Casale.

“Our experiences participating in secondary creativity – things like corporate consensus building, focus groupsâ€”make you appreciate the connection that an artist has to society.”

“In the past, Devo was very insular,” says Mark Mothersbaugh.

“This time, I became intrigued with the idea of having people who understood Devo actually work on the songs, and to do to our songs what we did to ‘Satisfaction’ on our first record.

Donâ€™t put any boundaries on their production style; let them bring what they needed to make Devo be what it should be after waking up from suspended animation for 20 years.”
www.clubdevo.com