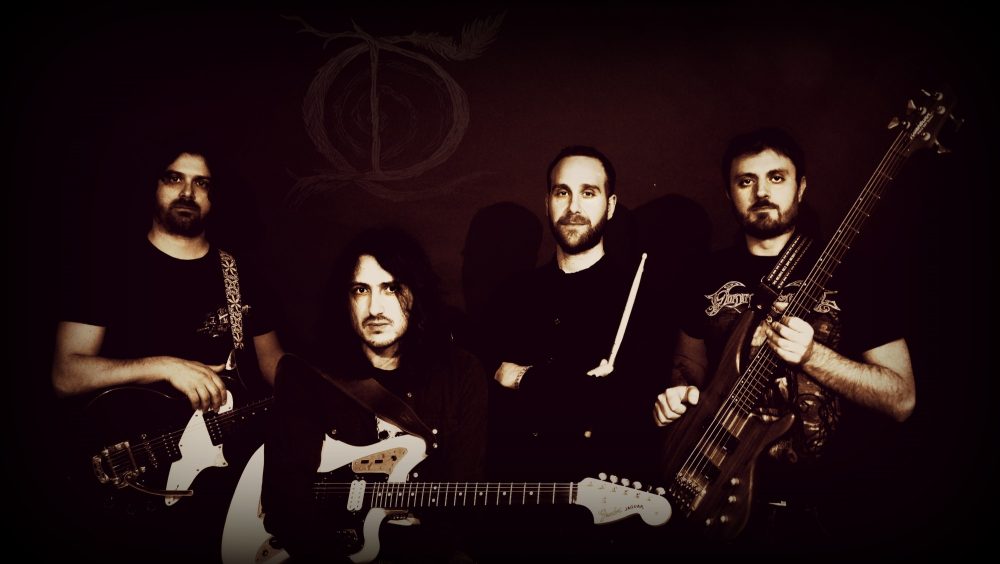 Hi there, we are the Desert Clouds – a London based band formed by David, Val, Andrea and Julius.

Me (David) and Val met each other at the high school and, one day, with an other friend, noticed that we were spending much more time together than on our own. What a reason to form a band! At least we could do something good while spending all those days together and think about it when not. Since we moved to London, Desert Clouds has had several changeovers but when we met Andrea we understood that he was the right one, and this is something that has nothing to do with musical tastes or skills. Same for Julius, who just joined the band few months ago.

What’s your new single ‘Under Tons’ all about?

‘Under Tons’ is something different, like a bitter medicine that doesn’t give any relief or cure – it might have some side effects, but it depends on who will listen to it. It represents a nihilist point of view on life – considering it, metaphorically speaking, like a walk on a pier. A pier has an end, Life has one too, but many things can happen during your walk down. And so you give yourself an abstract goal just to spice up your journey, and you end up believing that the goal it will really make you happy once you will achieve it, that you have finally found the reason why you constantly fight and struggle. The lack of this goal makes you feel disoriented and lost, but when you reach the end,you will realise that the goal you were chasing was only a creation of your mind…

That is a really cool question, the only issue is that it will take too long to list all the dead people who inspired us. Let’s say that from Chopin to Kurt Cobain, going through Tim Buckley, Syd Barrett and Leonard Cohen you can find many artists I really would have liked to meet. Among the alive ones instead, I know we are just dreaming about it, but I would really enjoy to collaborate with the Dirty Three, Sonic Youth and Radiohead. But this list may differ for each of us.

You’ve been compared to the likes of Queens of The Stone Age and Alice In Chains, would you say they’re fair comparisons?

Honestly? There is not doubt we have some similarity with those two bands, but before being told about it we didn’t really notice that. Going deeper in their music I personally think that some songs from Queens of The Stone Age first albums have something in the writing that we might find very familiar. On the other hand, Alice in Chains are much further from us considering their writing and approach to music, but much closer in terms of the actual sound, especially if we are talking about the guitar’s distortions and drum’s sound.

Any local London bands you’d recommend listening to? (Other than yourselves obviously!)

We’ve met many good bands around but among our favourites there are: Brain Ape, In Violet and Justin Sicile project. I’m sure there are many more around, just hope to meet them soon.

What’s been your favourite gig to play so far?

We really enjoyed playing at the Cosmic Puffin Festival a couple of years ago, we really enjoyed touring around Italy and UK between 2015 and 2016 and recently we had really good time during the 1M European Contest at the Cargo last April. We did not win but we were selected among the top 6 bands. There were hundreds and hundreds of bands participating to this contest and, beside the result, it has been amazing sharing the stage with some of them during the semi-finals and the finals.

After ‘Under Tons’ we are planning to release another single and the main target for now is to release an Ep by September 2018. In the meantime we will be playing around UK and planning an European Tour to promote the Ep between September and October. On top of that, we are trying to send encrypt messages outside the solar system. For now no answers but we will keep you updated.