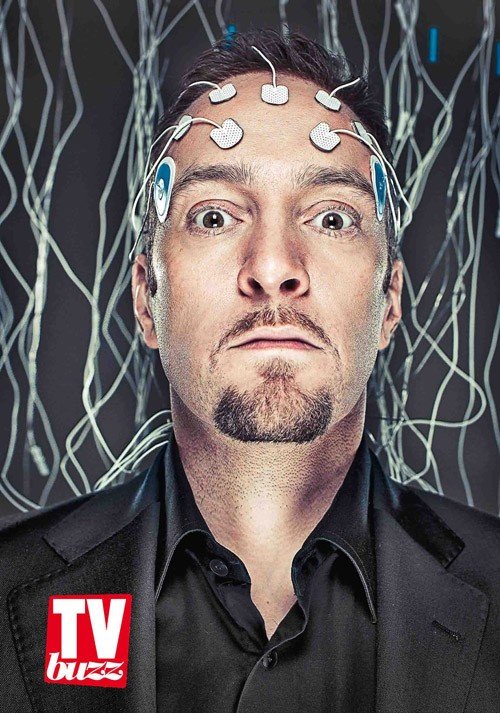 Derren Brown is back and up to his old tricks with a new series of his amazing mind manipulation shows.

‘It’s all a bit dark.’ he admits to The SUN TV Buzz, talking about his new show that will see him getting people to admit to murders they haven’t committed and persuading one member of the public to assassinate a celebrity. As long as it’s not Dermot, we’re ok with it.

‘Potentially, if viewers pay enough attention and watch it enough times,’ confesses Derren, ‘they could try it out on their other half on the settee…’

It’s a wonder he has a hard time making new friends. Telling TV Buzz ‘People don’t really stop to say hello,’ he explains that ‘some of my friends have admitted that the first few times they met me , they were convinced I was playing some sort of calculated mind game on them, But I wasn’t. Honestly!’
thesun.co.uk/tvbuzzmag/