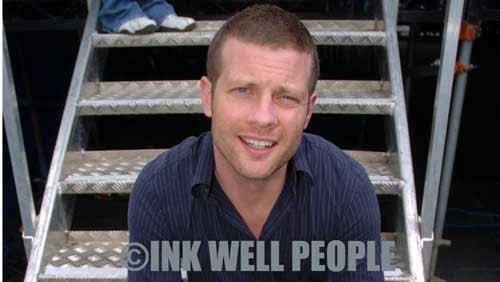 BIG Brother’s Little Brother Dermot O’Leary has admitted his new job may be harder than he expected.

The Irish presenter who took over from X-Factor host Kate Thornton earlier this year reckons by accepting the job he may have bitten off more than he can chew.

Dermot, who has been juggling working on the road with X-Factor and Big Brother’s Little Brother, said he was still getting used to handling those who had been rejected and their families at the auditions.

He added: It’s not easy. “I’m still trying to work it out. It’s a emotionally exhausting show to do.

Last week judge and creator Simon Cowell said he believed 2007 was going to be the best series of the show ever.

He said that in previous years the programme had been more like a “popularity contest” than a talent show, believes: “It’s in a different league this year.

And of course after a dramatic u-turn in bringing back sacked Irish judge Louis Walsh Simon added: he’s the smuggest person in this country. If he had a tail he’d wag it every day.

This year’s series includes a new category for 14-16 year olds, and an extra judge in Dannii Minogue to sit alongside Cowell, Walsh and Sharon Osbourne.
www.xfactor.tv
EXCLUSIVE
By Tina Calder
Photo by Fabrizio Belluschi