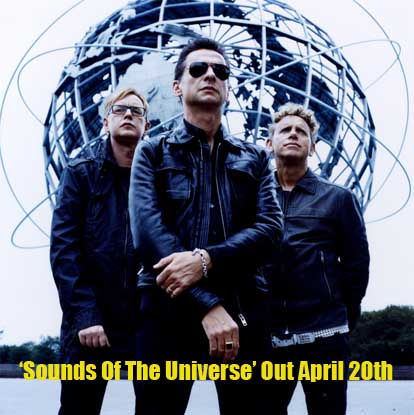 Wrong grabs the listenerâ€™s attention from its first stack-heeled, staccato shriek. Over stomping beats and screeching synthesisers, Dave hammers out Martinâ€™s darkly comic reflections on a lifetime of mistakes, misdeeds and bad decisions. The track has a guaranteed future as a sky-punching stadium anthem â€“ a Depeche Mode classic.

â€œWe knew at an early stage that Wrong was going to be the first single because itâ€™s quite different to anything weâ€™ve released before. Itâ€™s got a rap feel to it, itâ€™s probably as close to R&B as weâ€™re ever going to sound.â€ says Martin.

The single is available on 2 CDs – a 2 track and a maxi featuring remixes of the single – plus 7â€, and includes the exclusive B-side Oh Well, co-written by Dave and Martin.

The tour features a date at Londonâ€™s O2 Arena, May 30th, which remarkably sold out in one hour.
myspace.com/depechemode