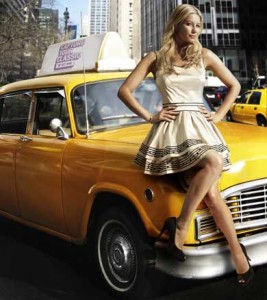 Denise Van Outen Takes The Lead As Thousands Dance Their Way To Fame In LondonThe public are set to get their 15 minutes of Fame as Denise Van Outen leads a cast of thousands in the UK’s biggest ever movie scene recreation for film channel TCM’s Capture Your Classic.

Bringing together people from across the country, the event will see Denise, dancers and members of the public recreate the famous street dance scene from iconic 80s movie, Fame, live on Sunday, July 12th 2009 at 12pm.

A London Street will be transformed into a dramatic New York streetscape, where thousands of members of the public are invited to don their leg warmers and participate in this free and unique opportunity which will be choreographed by Aicha Mckenzie and televised on TCM.

Capture Your Classic is a nationwide competition inviting film fans to submit video recreations to WWW.TCMUK.TV/CYC of famous film scenes, as voted in a nationwide survey.

The winner will receive return flights to LA, with accommodation, VIP tickets to the TCM film festival in Hollywood, and £1000 spending money.

Joining Denise and fans of Fame will be another surprise celebrity who will be announced on the day. All those who participate will have their 15 minutes with the event being filmed and shown on the channel as part of a Fame Night special on 30th July from 8.30pm which includes a behind the scenes programme of the event as well as the film itself at 9pm.

Fashion brand UNIQLO has partnered with TCM to bring cool style to the FAME recreation, and will be offering those taking part a 20% discount between 8th and 12th July. Discount vouchers will be available in-store and via UNIQLO’s online newsletter.

Irene Cara – Fame
by djoik
To participate, simply log on to WWW.TCMUK.TV/CYC for full details of timings and a location map.

CALL TO ACTION: On July 12th, Denise Van Outen will lead TCM’s ‘Capture Your Classic’ in a live street recreation of the famous dance scene from ‘Fame’.