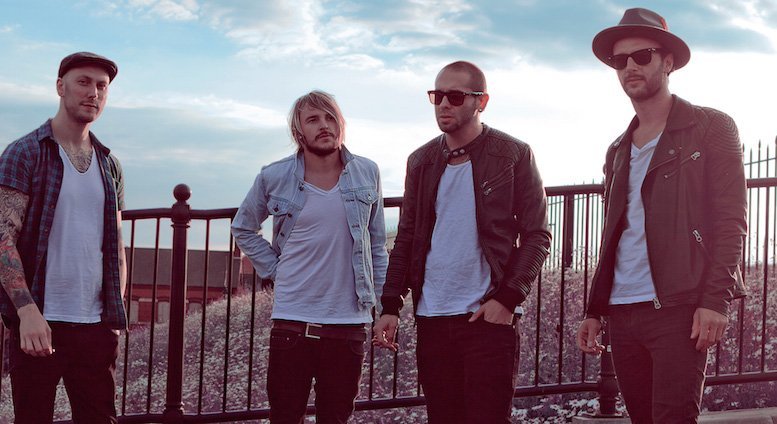 Russell Toomey, Jake Ellis Scott, Matt Clarke, Tom Hall, collectively known as Denim Snakes, are so passionate about their craft, one of them walked four days from Barry in Wales to London just to play a show. With ‘Many a Truth Sung in Jest’ available as a free download and new track ‘Stronger’ released 7th August via NOTV Records, with the single launch planned at Camden’s Barfly on the same day, it’s time to get to know them…

Where did you all meet and how?

Russ and myself (Jake) met in our local pub while Russ was on a date and discovered they both loved music and creating music so they got to writing and recording some demos. Russ and me had known Matt for quite a while and asked him if he would like to play bass for us and he was well up for it. We met Tom shortly after putting our some adverts online and posters up in a rehearsal space, we had a jam with him and knew straight away that he was the last piece of the puzzle!

When did you decide to make music together?

Myself (Jake) and Russ started writing pretty much straight after meeting each other for the first time in the pub. We had a good musical connection and had a lot of fun writing songs together! Some of which are on our first album ‘Denim Snakes’. 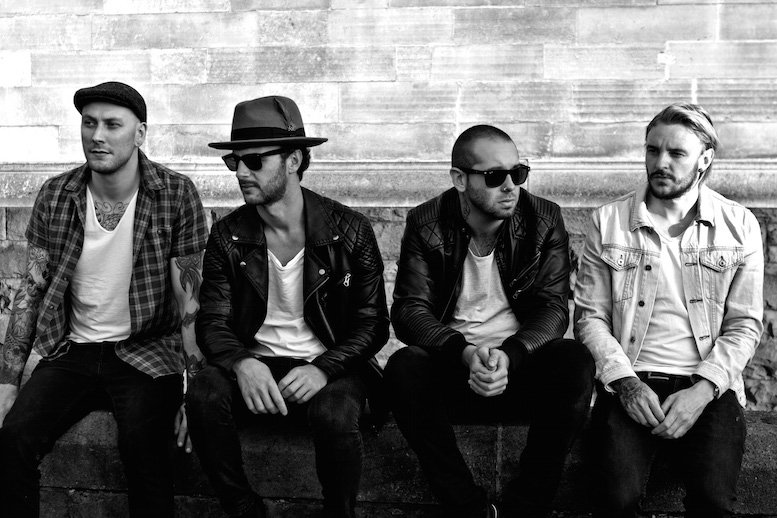 We all have different influences, we all love rock music though and have a passion for melody and hooks. We take inspiration from everywhere really, breakups, makeups, good times and bad times.

What’s the stupidest thing you’ve done as a band?

Tom once stored 20 pythons in his kick drum and released them into the crowd half way through our show, Matt jumped up onto his bass cab and Russ threw one at Jake thinking they were made of rubber. The crowd were screaming and running around, it was pretty crazy.

The single ‘Stronger’ is a bit of a heartbreaking love story, can you tell us more?

Russell our singer wrote it when a tragedy led to the breakup of his relationship, its about staying stronger and not giving up on love or life.

If you could cover a love song from any time or genre, what would it be and why?

The Pixies ‘Here Comes Your Man’ because it has a great melody and would be fun to bash out.

What have been your greatest achievements as a band so far?

We’ve been getting loads of great radio play recently but self releasing our debut about last October was so rewarding as we funded it from lots of touring.

What would be your dream gig – a support band, a city and a venue.

We’d love to support FIDLAR in the Camden Barfly, great sweaty, full on party band and a venue to match.