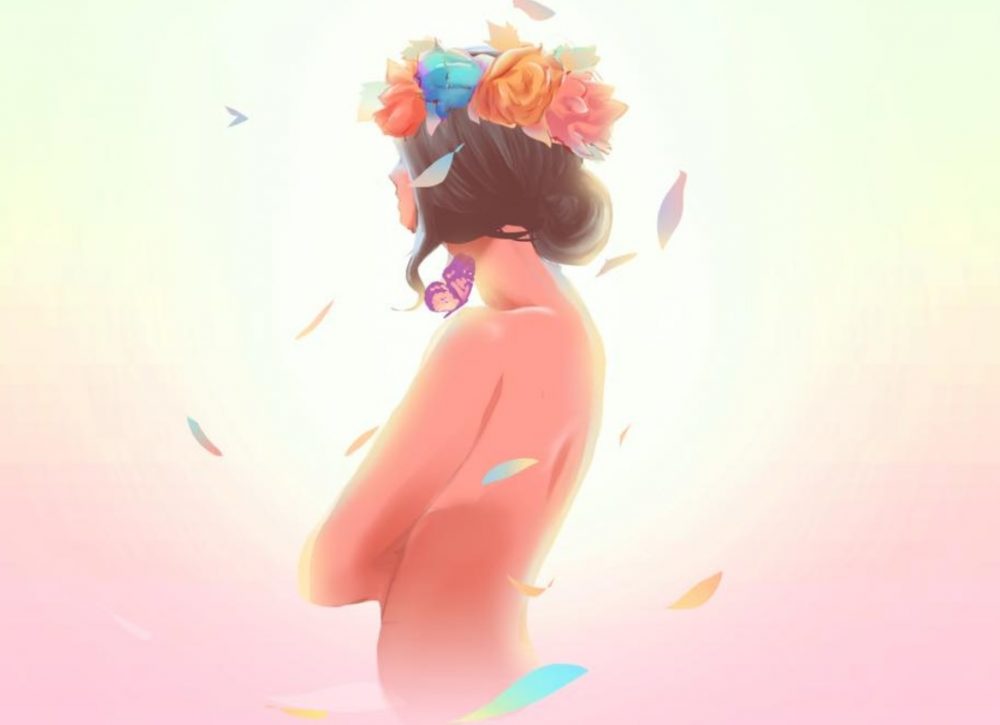 Since DeModa and Jafé’s new track ‘Her(e)’ arrived on the scene via Paradise Circus, it’s had us hooked. That dreamy combination of fresh guitar work, pop energy and smooth production is enough to entice anyone, and we wanted to get to know both of its creators a little better. Read on to hear more in our exclusive interview.

When did you both first starting writing music?

DeModa: I started playing guitar when I was 12 but I didn’t write my own music until about 4-5 years ago.

Jafé: I started producing/making beats in 8th grade with a stolen version of Reason running on a Dell PC – remember those? I began writing songs around my sophomore year in High School, though they were all terrible and complete rip off of songs I loved.

What inspired your respective artist names?

DeModa: De Moda actually translates to “fashionable” or “tasteful” from Spanish, and I love cooking up some tasty beats so it was a perfect fit.

Jafé: It is the my mother’s spelling of the name given to me by my father – Japhet, 3rd son of Noah.

Where did you grow up and what music were you into from a young age?

DeModa: I’ve called New York my home from the time I was a wee foetus, and being raised on these mean streets has turned me into a hardened thug from a young age. To name a few, The Backstreet Boys, N-sync, Britney Spears,

Jafé: I grew up in Uptown, New York City, which was a huge melting pot of cultures. My parents were pioneers of Afro-Caribbean music in America and I was raised playing in their bands from age 5-12 as a prodigal percussionist. Then growing up in the heart of the cities during the 90s and early 2000s I was exposed to everything from Bone Thugs N Harmony and 50 Cent to Nirvana and Blink 182.

Who particularly inspires you at the moment?

DeModa: I’ve been on a Louis kick lately. Louis Futon, Louis The Child.

Your new track ‘Her(e)’ is brilliant! Can you tell us a little bit about the making of it?

Jafé: Dave and I met after I was playing a SoFar Sounds show in Brooklyn in 2017. He made the first move, and a couple weeks later we were in his home studio. He had a super rough version of the track laid out – I hadn’t really written a song like this before but welcomed the challenge. I inspire to touch upon every genre of music throughout my career. The lyrics were inspired by a past lover of mine, who came into my life and inspired me as an artist in ways I had never been before. There are tons of hidden messages in the lyrics, but I’ll never tell ;).

How would you describe your musical styles?

DeModa: I like making pop and R&B for the most part, but I switch it up sometimes.

Jafé: This question gives me anxiety but I’ll take stab at it – Imagine Lenny Kravitz in the studio with Tupac while Sade is in the other room laying down her comeback album and her security is a gang of Rastas, while everyone is on magic mushrooms. That would be me.

Where are you based this summer? Are you doing much travelling?

DeModa: Currently writing this from Alaska! What a beautiful state. When I come back I’m heading to Bermuda for a few days, then it’s back to NY to write some more.

Jafé: I am back in Uptown, NY but have been doing some light touring with my bands throughout the East Coast, and getting ready to hit the road for 2/3 months, going all around America as well as St. Lucia.

What have been your 2018 highlights so far?

Jafé: Finishing up some albums I’ve been working on, the touring, releasing this song, and continuing my mission of spreading love, inclusion, and empowerment through my music.