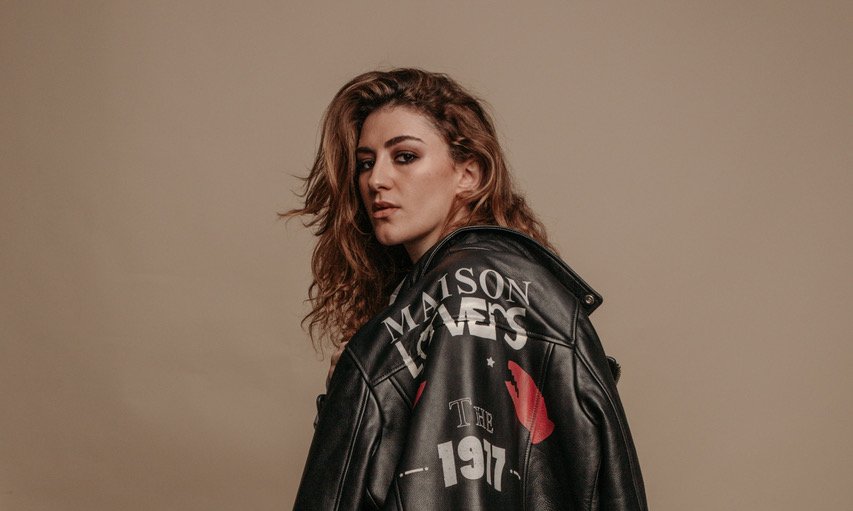 Gliding through the galaxies, racing past the planets and shooting by the stars, singer songwriter Giulia’s behind the scenes look at the space filled music video Trippin‘ takes watchers to infinity and beyond on an expedition into the unknown.

The video is a work of art as much as it is a music video, and once again shows the dexterity and versatility of this young artist. Moments of interstellar space travel are juxtaposed with sections of ethereal and otherworldly dance and movement to create a multi-faceted music video. Giulia remains the focal point of the video throughout, and her mesmeric eye contact straight down the camera lens is as beguiling as it is enthralling.

The behind the scenes of the music video is filmed firmly on planet earth.Using green screens and camera trickery alike to perfectly paint the picture of outer space, Giulia herself is ultimately in control of her destiny. Driver of the glamorous spaceship, behind the scenes the singer can be seen to be suspended from wires and splattered with glow in the dark UV paint.

For Giulia Trippin marks the first release in a three parter series of genre fluid music videos, set to be dropped over the course of the next few months. With Lolita and Love To Hate You yet to make their debut if Trippin is anything to go by, fans of this Italian enigma are set for a thrilling ride.