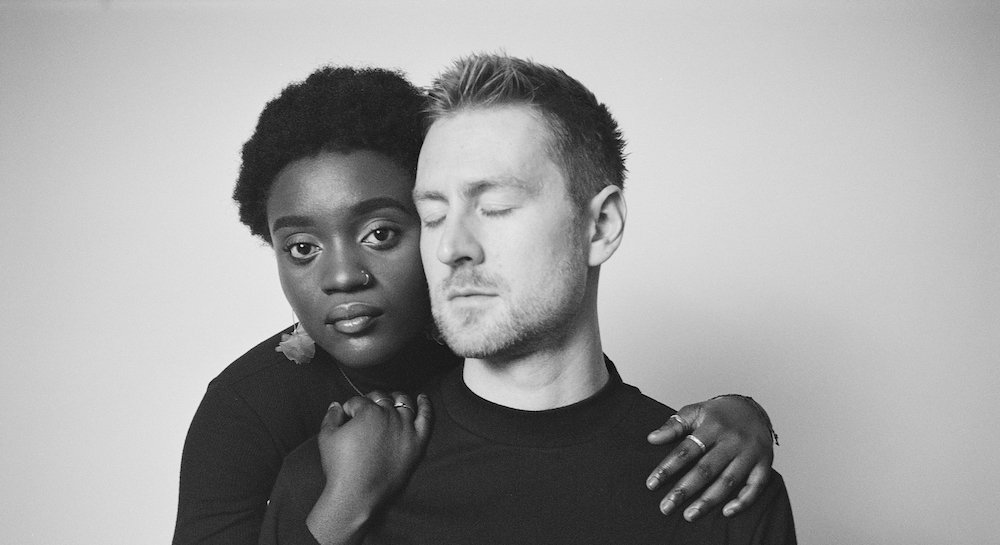 Having spent the last few years working for a number of established names in the Berlin music scene, Irish-born pianist Enda Gallery recently began to work on his solo project delush, and has recently returned with his latest euphoric and heart-warming release The Greatest Gift.

So with new material back on the table and a debut album expected to drop next year, we decided to try and find out more about this captivating and emerging artist, such as how he came to end up in Berlin and what we can expect from his first full-length.

You were born in Ireland but made the move to Berlin a few years ago to work on your music. Can you tell us why you chose Berlin and what impact it has had on your career?

When I was starting music I didn’t have the support of my family and Ireland at that time was a pretty depressing place. The music scene at the time felt cliquey and I knew that I wanted to go somewhere completely fresh, start anew. I wanted to go somewhere no-one knew me so that if people started coming to see my shows it was because they truly connected to the music and  not because I knew them from a past life.

I had been thinking about leaving for about a year and I explored a few different cities. When I got to Berlin though I immediately felt – this feels interesting, something is happening here, something is alive, something is in motion, in progress, it’s exciting, forward thinking, expressive, free and even challenging. I went there first in February 2012 and I played some songs at an open mic night. I was offered a show of my own on that very night and it simply felt like the right place to be. Almost 8 years later it still feels like that.

You recently released your latest single The Greatest Gift alongside Tolü Makay. How did you and Tolü come to work together?

I wrote the song in March 2018. It’s about reaching a point on the long, difficult journey to becoming who you want to become where you feel that you can finally make sense of every part of it. You feel completely one with everything, a beautiful moment that makes sense of the whole journey and all the struggles along the way. A feeling of beautiful surrender, realisation and joy.

I had more or less forgotten about the song when I went to Morocco in February 2019 for a 10 day Vipassana meditation. It’s the teaching of Buddha and it’s 10 days of silence (no reading, writing, eye contact, technology, speaking etc) and there is 10 hours each day sitting in meditation, learning and practicing the technique.

It was very intense. On the fourth night, I had my first ever fully conscious dream. It was a flying dream. It picked me up from the bed I was lying on. It flew me into a huge cathedral and I could see there was a gospel choir there and a female singer performing the song. I couldn’t see the singer but I could feel and hear her. It was glorious. I had a feeling of being pure bliss and ecstasy in my whole body in the dream. It was beyond what I can describe here.

When I got back from Morocco I wrote to a friend of mine who presents a show supporting new and emerging Irish artists. I described what I was looking for.

He sent me about 6 artists. I listened to each one but when I heard Tolu, I knew it was her. We met and clicked immediately. Tolu is an Afro-Irish soul singer and has a gospel background, everything fit perfect – everything made sense. We did one short session seeing if the song worked with us both on it and it was super cool. This is a little clip of that session:

The very next week we tried it at my Bello Bar show in Dublin and the reaction was truly incredible. She happened to be in Berlin one week later when I had my next show at Privatclub and so we did it again. It was clear I needed to go to the studio and record it with her, which we did the next month in Jazzanova Recording Studio in Berlin.

True to the dream I listened to many gospel choirs until I came across the African Gospel Choir in Dublin. I wrote to them and they loved the song and wanted to be involved. I recorded the choir parts in Windmill Land in Dublin which was another dream come true experience for me. I absolutely love working with choirs. When all 12 of them sing it’s like one gorgeous harmonious voice. They are magnificent.

Are you an artist that prefers to collaborate or do you find it easier to work in solitude?

Every song is born with its own desires. I try to look inside and find out what the right next step is with each song until it feels complete. Sometimes that demands that the first ever expression of the song remains untouched from demo-stage and goes out to the world. Sometimes that means searching for a singer and gospel choir who appears to you in a dream. It’s definitely hard to produce myself so sometimes having another artist involved makes it easier to play the artist and producer roles. I definitely love both paths.

You are due to release your debut album next year. Can you tell us what we can expect from that release?

Every song is in some way a song of liberation. Each song comes from some essential stage of the human journey and one flows into the next towards freedom. All songs are created with absolute honesty and constant service to what’s inside. I hope the songs give love to those listen. I hope the album illuminates self-knowledge and inspires wonder in those who take the journey.

And as we are closing out 2019, what has been your most memorable moment of this year?

It was really amazing to work with the African Gospel Choir and hear all those voices adding such beauty to a song that I wrote and was working hard to produce. It was one of those moments where I had to just surrender and accept how good life is right now after so many years of struggling to follow this dream. Just remembering hearing that combination for the first time fills my heart with joy. The goodness is almost hard to bear.

The Greatest Gift is available to stream and download now, and delush’s debut album is due to be released in 2020. Watch the incredible video for it below.