Itâ€™s the most mouth-watering line-up of 2009 at The 02 Dublin, Irelandâ€™s new music venue. Def Leppard, Whitesnake and Journey have confirmed a concert at the venue on Friday 12 June. Tickets will go on sale on Friday 27 February at 9.00am from Ticketmaster and usual outlets nationwide. 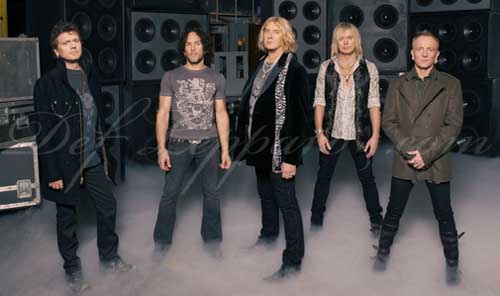 DEF LEPPARD
Def Leppard, remain one of the worldâ€™s biggest and most successful live acts and 2008 was another monumental year. The band completed a full UK and USA tour â€“ including a sold-out run of nine UK Arena shows with Whitesnake â€“ in support of their critically acclaimed studio album â€œSongs From The Sparkle Loungeâ€ (their first album of new material since 2002).

Def Leppard headline The Download Festival, one of the worldâ€™s greatest and best loved rock festivals, on 14 June at Donington Park, some 23 years after they last headlined what was then known as Monsters Of Rock at the same location.

Having sold over 65 million albums worldwide since their debut release in 1980 Def Leppard have proved themselves one of rock musicâ€™s hardest working and consistently powerful live bands (playing to over 50 million fans in the last 15 years alone).

Def Leppard are one of only five rock groups who can claim two separate original 10 million plus selling albums in the US. The others are The Beatles, Led Zeppelin, Pink Floyd and Van Halen. 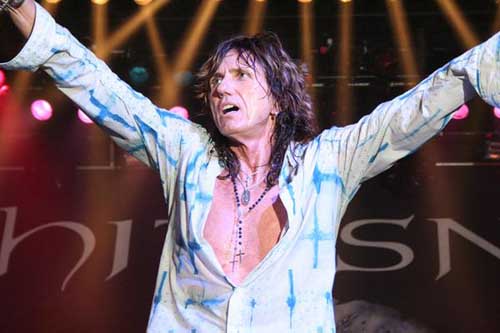 WHITESNAKE
â€œDavid Coverdale – the last great rock starâ€ as metal bible Kerrang opined as far back as 1994 and this label applies more than ever today.

Together with his breathtaking rock band, Whitesnake, this man is an essential part of rock history; starting with his time with Deep Purple (1973â€“1976) and his collaboration with Led Zeppelin guitarist Jimmy Page, a sensational collaboration featuring two exceptional artists at the most sophisticated musical level. After leaving Deep Purple, Coverdale formed Whitesnake at the end of the â€˜70â€™s and the band has been one of the premier hard rock acts ever since. The list of hits, prizes and awards is long, his reputation excellent.

Whitesnake are once again very happy to announce they have committed to playing at the Download Festival with Def Leppard. The 02 Dublin concert and Download Festival will also coincide with anniversary releases of the multi-platinum albums, â€˜Slip Of The Tongueâ€™, marking itâ€™s 20th anniversary and the â€˜Slide It Inâ€™ album, which celebrates itâ€™s 25th anniversary this year. It is understood there is also a special edition of their award winning, 2008 album, â€˜Good To Be Badâ€™, featuring bonus tracks being released around the same time. 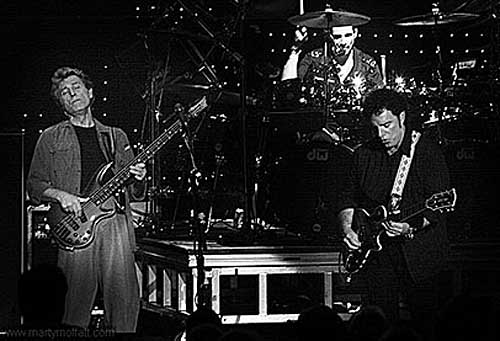 JOURNEY
Journeyâ€™s current album, Revelation, offers a lasting testament to Journeyâ€™s legacy, and a striking glimpse of their brilliant future. The first album with lead vocalist Arnel Pineda, Revelation is Journey running on no less than twelve cylinders, a fine-tuned offering that sounds every bit like a band hitting their stride.