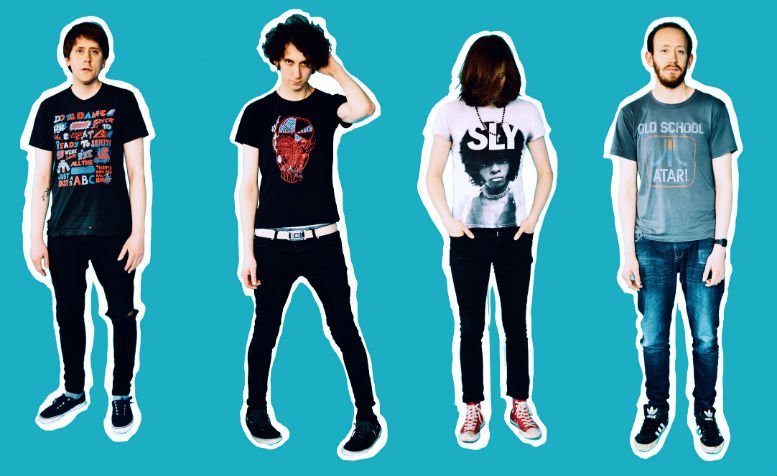 Originally from Yorkshire, we moved to the Highlands in 1996 and through the isolation and a developing love of music, we started playing together about ten years ago. After moving to Edinburgh to study, we began taking music more seriously and recently feel we’ve started to find our feet in the studio; working on the last three EP’s in Glasgow with Rocket Science Studios, who have recorded Texas, Belle And Sebastian, Dougie MacLean and many more.

You’re a band of brothers – what’s it like writing and making music together as a family?

It’s great! We’ve got 2 more older brothers (6 boys in total) so we were exposed to a lot of old school music when we were growing up plus our parents are really into music. With regards to songwriting, being all brothers makes the process more direct and straight to the point as we’re so close criticism from each other is seen as for the greater good of the band as I suppose in a regular band it’s hard to say what you really think.

If you had to use one word to sum up each brother what would those words be?

‘Moving In Slow Motion’ is the forthcoming EP, tell us what influenced the EP musically?

The Beatles, The Strokes, The Cribs, Gang Of Four.

Describe the EP in one sentence as a blockbuster movie tagline.

Tell us a weird or funny story about your time together as a band.

When we were young we were all playing rugby together with our mum in a field. Eoin (around 16 at the time) tackled our mum and accidently broke her leg in 7 places..

You’ve moved from Yorkshire to the Highlands and now Edinburgh, where would you consider the band’s spiritual home and why?

Spiritually we feel a connection with Yorkshire, the Highlands and Edinburgh but being all brothers we feel wherever we are we all have that brotherly connection no matter how far away from home we are and I like to think this comes through in our performances.

Any Scottish bands you’d recommend to us at the moment?

If you could collaborate with any artist or band in the world who would it be and why?

Probably Unknown Mortal Orchestra right now. Really enjoyed their last 3 albums and reckon a mash up of our bands would sound really cool.