Dimbleby & Capper is the alias of 22 year-old singer, producer and remixer Laura Bettinson. 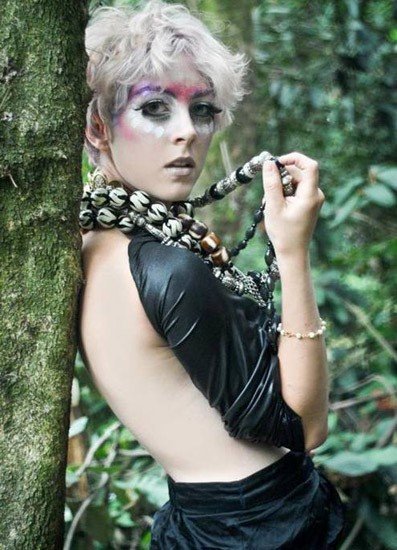 Initially armed with only a lap-top and loop station, layering vocals and effects, D&C has managed to create something thatâ€™s both left field and hook-laden â€“ experimental yet accessible, while taking in influences as far ranging as Bow Wow Wow, Cyndi Lauper, Beck and Radiohead.

Now backed by a group of black clad, white mask wearing musicians, the live show has been grown into a more percussive, organic sounding experience, and has led to support slots with the likes of Local Natives, Chewlips and Hockey. 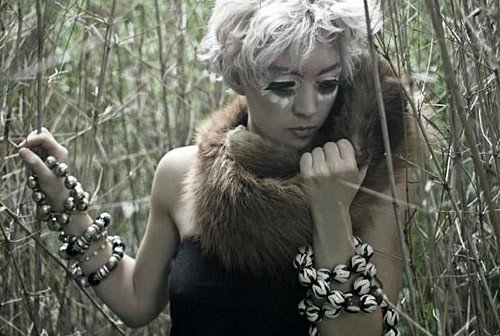 D&C became one of the most talked about newcomers on last summerâ€™s festival circuit with her appearances at Glastonbury and Latitude – her performance at Glastonbury becoming the festivalâ€™s most watched performance on the iPlayer from the BBC Introducing stage.

Having developed her production skills under the mentoring of Nigel Godrich (The man known as the â€˜sixth memberâ€™ of Radiohead) and Liam Howe (whose recent production credits include Marina And The Diamonds), Bettinsonâ€™s home-produced material is a dark, unfathomable beast- closer to glitchy bone clacks and experimentation of PJ Harvey and Radiohead than the pop-led crop of girls currently dominating the charts.

Debut single Slick Maturity (released on Up Slot Records on April l6th), is indicative of Bettinsonâ€™s potential to write huge melodies that slowly unravel and hook themselves into the listeners subconscious. With itâ€™s off kilter rhythms, and slightly distorted vocals Slick Maturity is already gaining early specialist radio support from the likes of Radio 1â€™s Huw Stephens.

As well as writing and producing her own material, Dimbleby & Capper is already building a burgeoning reputation as a remixer of note, having already been commissioned to work with the likes of Animal Kingdom.