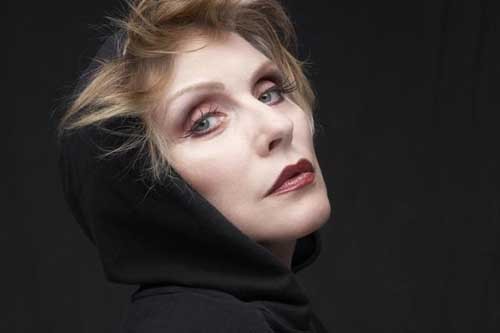 Deborah Harry will be signing copies of her new album â€˜Necessary Evilâ€™ at Grafton Street store, on Saturday 15th September at 11am.

The ultimate pop-rock, new wave diva, Deborah Harry set the mould, incorporating everything she learned from culture pioneers like Andy Warhol, Giorgio Moroder and Fab Five Freddy into her fashion, look and, particularly, sound. With Blondie, she and Chris Stein brought the worlds of disco and rock together with â€œHeart of Glassâ€ and â€œCall Meâ€ and broke ground by combining hip-hop and pop on â€œRapture.â€ As a solo artist, Nile Rodgers & Bernard Edwards co-produced her first release Koo Koo in 1981. She continues to defy expectations with such genre-busting efforts as â€œFrench Kissing in the U.S.A.,â€ â€œRush Rush,â€ â€œRainâ€ and â€œThe Jam Was Moving.â€ Before there was Madonna and Gwen Stefani, Deborah Harry was rockâ€™s reigning blonde pin-up icon, and both are quick to acknowledge her inspiration, as are countless female (and male) rockers who have since formed bands.

There is a marvellous combo ranging from cool dance-floor rhythms, to the pop-rock style of the first single â€œTwo Times Blueâ€, to the Spector girl group sound of â€œIf I Had Youâ€, to the rocking title track to the tribal experimentalism of â€œJen Jenâ€ and the torchy noir David Lynch-meets-Brecht-Weill of â€œParadise.â€ In all, it does a marvellous job of combining all the sides of Deborahâ€™s personality, from sex symbol to playful tease, from cheeky bravado to aching vulnerability, in short, not just a look back, but a step forward.

Shaun Pritchard, Manager of HMV Grafton Street comments, â€œThis will be a really special event for HMV. Deborah is a huge star that was influential in some of musicâ€™s most ground breaking movements. This is a great chance for fans young and old to come down to the store and meet a real legend!â€

** Entry to the event is strictly by wristband only. Wristbands will be available from the Grafton Street store from opening time on Saturday September 15th. Wristbands are subject to availability while stocks last. Places are limited. Necessary Evil, the brand new solo album from Blondie lead singer, Deborah Harry releases in Ireland on Friday September 14th, 2007. Irish dates for 2008 will be announced soon.**