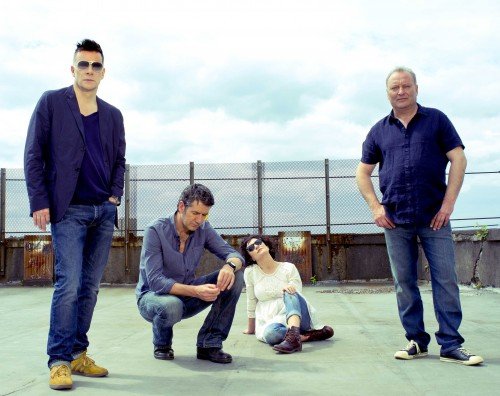 Deacon Blue are back with ‘The Hipsters’: A superb return to form by the veteran outfit.

The album is full of great songs, with wonderfully understated vocals from Ross and sublime musicianship from the rest of the band.
With the new album set for release this September and a 25th Anniversary Tour lined up for October 1980s veteran pop band Deacon Blue are certainly making a comeback.

With that in mind Fame contacted the bands singer Ricky Ross to discuss new album The Hipsters and the upcoming tour.
First up Ricky congratulations on the new album we at fame loved it. For our readers though can you describe its content in your own words?

The Hipsters was a group of songs which were inspired by my experience of being in Deacon Blue over the last twenty five years.

Getting a chance to reflect on that unique experience informed songs like ‘The Hipsters’, ‘The Outsiders’ and Here ‘I Am In London Town’.

Sonically, I wanted it to sound like us going into a room and making music together and have songs that would excite us playing live.

Did you make the album in the hope that it would pleases older fans and perhaps grab the attention of a new fan base too?

I think you always do. I’m never sure if you can try to please anyone so the best thing to do is to make an album to please yourself and people you know.

Then there is a small chance that some other people might like it too.
What brought the creation of this album about?

I think I was on tour and realised the band were sounding great and how good it would be to get everyone into the studio again.

I thought how good it was playing live but equally how wrong it would be to go out again playing the same songs…so the two things came together.

What is the writing process within Deacon Blue, do you all have your part to play in putting together a song?

I mainly write the songs but, yes, we all arrange them and that’s what gives the band their sound.

On this record I also spent a lot of time with Gregor Philp (guitarist) working on demos to map out how we wanted the record to sound.

You are of course about to head off on a 25th anniversary tour. What can fans expect at those shows?

I hope with any show we do that it will be the best night of someone’s life. I want each night to feel very special and quite unique.

We will do new songs and lots of songs from our other five studio albums and a few obscure things too. 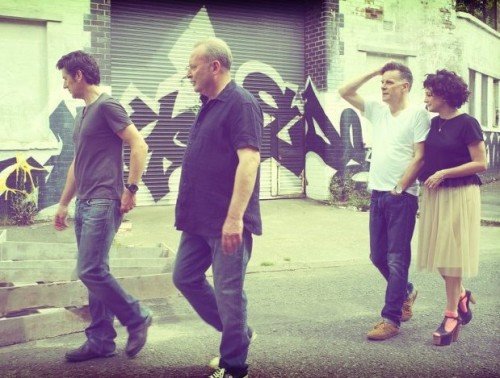 What do you think makes your music appeal so much to the fans, considering many of peers have disappeared off the scene many years ago?

I think we have always tried to do everything we do to a high standard.

We don’t play endless tours which means when we do go out we are still feeling very fresh and equally we don’t release lots of records but put a lot of thought into making a new one.

How does it feel to be heading back on the road again as a band. Are you looking forward to it?

Do you or the rest of the band embrace social media?

How does it feel to be in an era where records no longer exist and even the CD looks doomed. Can bands like Deacon Blue conquer the digital age?

I think we have to accept people listen to music differently but hope that the old magic of hearing a song somewhere encourages people to own a copy themselves.

Finally Ricky, what can you tell us about the content of special edition versions of your album back catalogue that are being released to coincide with the anniversary?

Each studio album will be re mastered and re packaged.

The album will have the original running order plus all the b sides and remixes associated with the singles from that record.
In addition there will be a DVD of the promo videos and I have written liner notes to each album.

On top of that we have added lots of personal photos and memorabilia to each album package which are all bound in beautiful cardboard book-type sleeves.

I don’t think anyone will be disappointed and this is long overdue.
DEACON BLUE – The Hipsters (Edsel/Demon)
Release Date: 24th September
deaconblue.com
facebook.com/deaconbluemusic
©FAMEMAGAZINE.co.uk