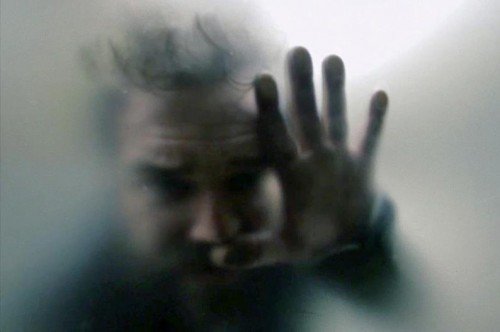 With BBC talent show The Voice back on our screens we at Fame thought we would track down one of last years finalists to get their take on this years competition. Singer John James Newman narrowly missed on making it to the ‘final battle’ last year as part of Team Danny.

He is now part of the exciting new band DBX (his collaboration with of Ivor Novello winner Pete Kirtley and Grammy Nominated Producer Sacha Collisson), who have just released their first single ‘Light Years Away’.

Here are highlights from Fame’s recent interview with John James.

Firstly may we ask you how your life has changed since you appeared on The Voice?

Not much really, i still do what I did before, play, write, record and produce music , however the show did raise my profile a little, sold a few more albums, and had a few more gigs come in. I had fun and met some cool people. And that can never do any harm.

Do you feel it is a good platform for an aspiring singer to get themselves noticed?

Yes, I think if you don’t take it too seriously then why not go for it!, but first and foremost remember it is a reality television show for entertainment, I don’t think it represents the music buisness as a whole. when they asked me to do the show I thought what’s the harm?, and there was a bit of me that wanted to see what it was all about. And of course if you do well then millions of people know your face/voice/story which is no bad thing. 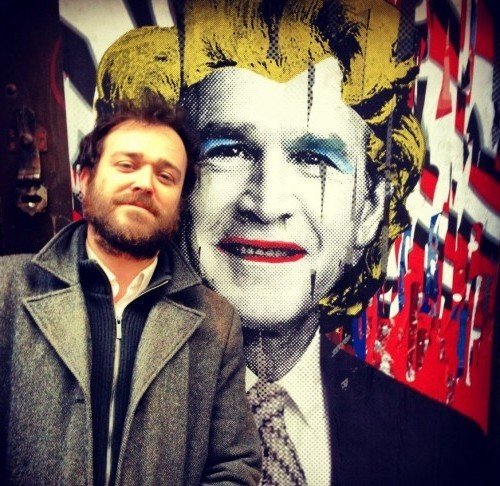 You decided to join Danny O’Donoghue’s team (over Tom Jones). Do you feel like you made a good decision doing that?

Probably not, and that’s no reflection on Danny, I chose him simply because he turned first!, looking back though maybe Tom would have been a better bet as he seems to represent the more mature (in age!!) contestants, but as I say you got have fun and play the game!! So, c’est la vie!.

How hands on was Danny with his acts. Was he always there if you needed him?

We hung out a little bit as a team one night, which was a laugh, and a couple of filmed rehearsals but that was about it. As a bloke, Danny’s cool, one of the boys! Likes a beer and banter! I like him!, he’s busy on the show with filming etc so I didn’t expect too much on that front. 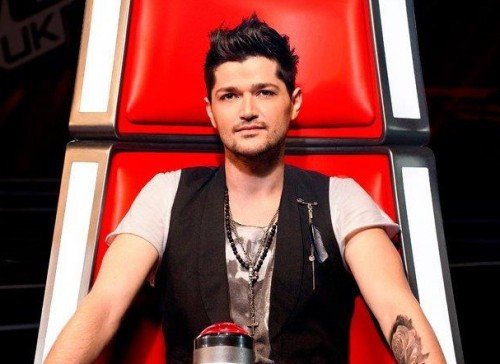 You were singing to millins of people (on TV) and a live audience. Did you ever feel the pressure of doing so?

No, you just focus on who’s in front of you, just feels like a gig to a few hundred! Hard to visualise millions of people!!

Will you be watching this years show?

I’ve watched a bit, and it does bring back some great memories, I do watch it fondly. There are some great singers in this year, and the coaches have clearly warmed up to each other after the newness of series 1.

What about your new project DBX. What can you tell our readers about it and the style of music they can expect from you?

DBX is a band of three dudes writing/recording and producing the music they want to make, we all have different backgrounds in music, I got the singer/songwriter, rock band history, Pete is a drummer with a lot of success in pop over the last ten years, and Sacha is a guitar player who has produced a lot dance music in his career, this mixture of passion’s brings out the best in all of us.

The music is an organic/electro clash always fixed on a song and a melody. Without a song your screwed, doesn’t matter how you dress it up, so we always focus on this bit first. epic soaring melody on a bed of Beautiful noise!!

You (DBX) have released a single ‘Light Years Away’ so far. Is there an album in the works? What about tours/live shows. Have DBX/yourself any lined up this year?

We are at an exciting early stage right now as a band, we’re currently about three quarters done on our debut album and just putting our full band and live show together, it’s all very exciting right now, even with lots of creases to iron out and lots of work to be done it’s all looking and sounding great and feeling good, we’ve got some fantastic people around us and we hope to be out and about soon to take dbx to the streets!!

Finally can we ask you how you personally feel about TV talent shows. We tend to see them dominated by over the top characters, who often eclipse the real stars of the show?

I suppose these formats are getting a bit tired aren’t they? There are so many shows now it’s not new anymore!. Having been in a tv talent show you can see how they can tailor the reality to say whatever they want.

The public love a story, and if you can pull a heart string be sure they will pull it, it’s entertainment!. I heard that this year there will be more audition shows than live shows so It’s clearly not all about music is it!?

I don’t want to be down on these shows though, how could I? Real talent is real talent, that will always shine through and we have seen success from both winners and losers so for exposure great! For me it was a great experience, met some good friends and had a blast, did me no harm, take it for what it is. And check out DBX!.